Tyra Banks On The Supermodel War: “We Are Stronger Together Than Apart” 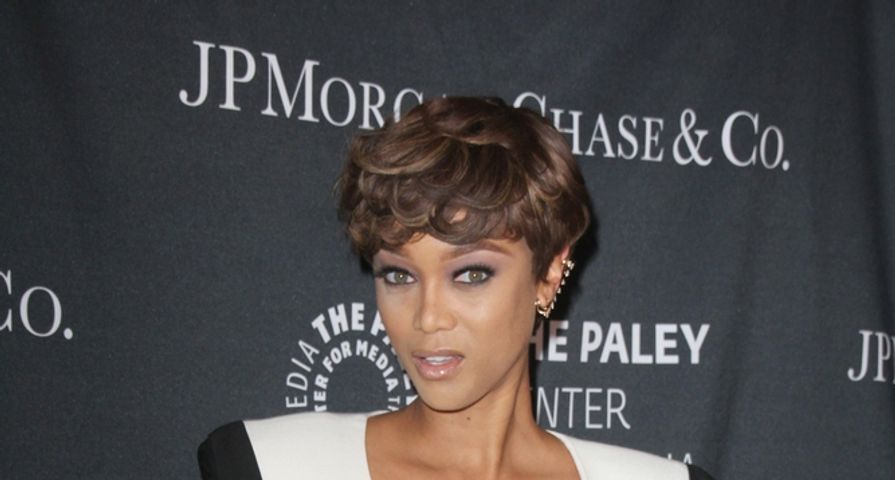 Tyra Banks is all about the #SupermodelSquad.

On Wednesday, the 42-year-old supermodel weighed in on the recent war that’s taking place between up-and-coming models and the supermodels of the past. The dispute began in April when Rebecca Romijn, former supermodel, told Entertainment Tonight that social media stars like Kendall Jenner and Gigi Hadid were not true models. “I know a lot of people — legitimate fashion people — can’t stand it – hate it that these, you know, social media stars are now the supermodels in fashion. They are not true supermodels.”

Stephanie Seymour than added fuel to the fire by saying that models like Kendall Jenner and Gigi Hadid are not really supermodels, instead labeling them “B–ches of the moment.”

This Wednesday, Tyra posted a lengthy response on her blog that called for an end to the supermodel war. Her post acknowledged the hard work of supermodels in the past, but also recognized the pressures by current models to stay relevant in a changing industry. “You’re kicking ass, working hard, running from show to show, shoot to shoot and party to party (because you have to be seen and have a cool social media post that night because your followers are complaining you haven’t been posting enough lately),” she wrote on the blog. “You’re driving yourself into exhaustion all while showing the world post by post that it looks so easy, when in reality, it is anything but. The pressure is ON.”

She also understood that it can be difficult for former supermodels to accept that the model industry is changing. “Change is hard. And when you’re a legend, and have ruled the roost, it’s even harder. It can be frustrating, painful, and sometimes can leave one in disbelief,” she wrote.

She concluded her post by making a plea to both sides. “Yesterday’s “Trinity” is today’s #Squad. And what we all must remember is that we are stronger together than apart. I hope we can start to act like it. I’ve had enough pain from my modeling years in the past and seeing my sisters in conflict today brings back those gut-wrenching memories. So, let’s band together and unite. Please end the fight. #SupermodelSquad.”