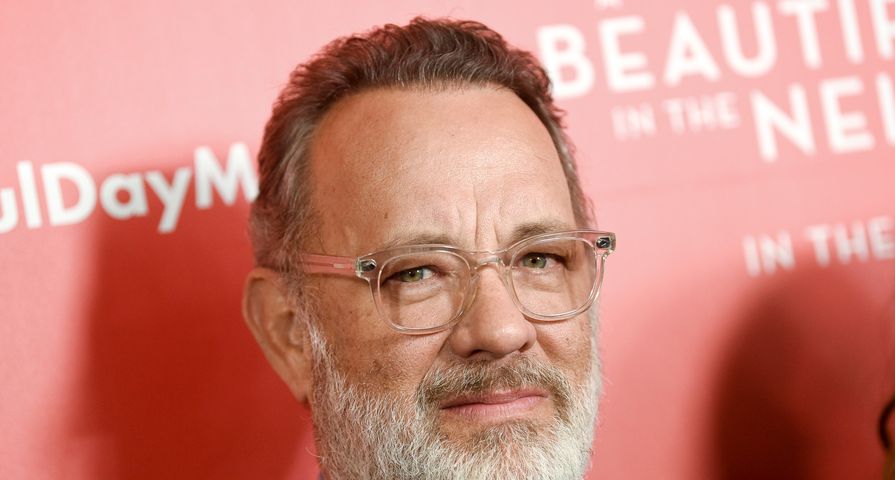 Tom Hanks was shocked to learn that he is sixth cousins with Fred Rogers!

The finding was found through research by Ancestry, a genealogy service that charts a users’ lineage through its database of more than 20 billion public records.

Access Hollywood presented Hanks the results at the star’s New York City screening of A Beautiful Day in the Neighborhood, a biographical drama movie centered around Mister Rogers.

“Listen,” said Hanks, who was surprised by the news, “It all just comes together, you see.”

As reported by PEOPLE, “The records illustrated a link between the two figures between a shared five-times great-grandfather, a German immigrant named Johannes Mefford, who was born in 1732. More digging into their backgrounds showed that Hanks and Rogers also descended from two brothers who fought for American independence in the Revolutionary War.”

“For more than 30 years, Ancestry has helped millions of people discover the story of what led to them, including the remarkable connection between Fred Rogers and Tom Hanks,” The director of research at Ancestry, Jennifer Utley, said in a statement. “It’s no surprise they are related as the similarities between the two are uncanny.”

Mister Rogers’ wife, Joanne Rogers, was happy to hear about the familial link between Tom Hanks and her husband. Joanne has mentioned, in a behind-the-scenes look at the movie, that Fred was a “huge fan” of the actor before his passing in 2003.

“That is just wonderful,” the widower told Access. “Now, that is amazing and Fred would have loved it. He loved family tree stuff.”

A Beautiful Day in the Neighborhood will hit theatres on November 22.