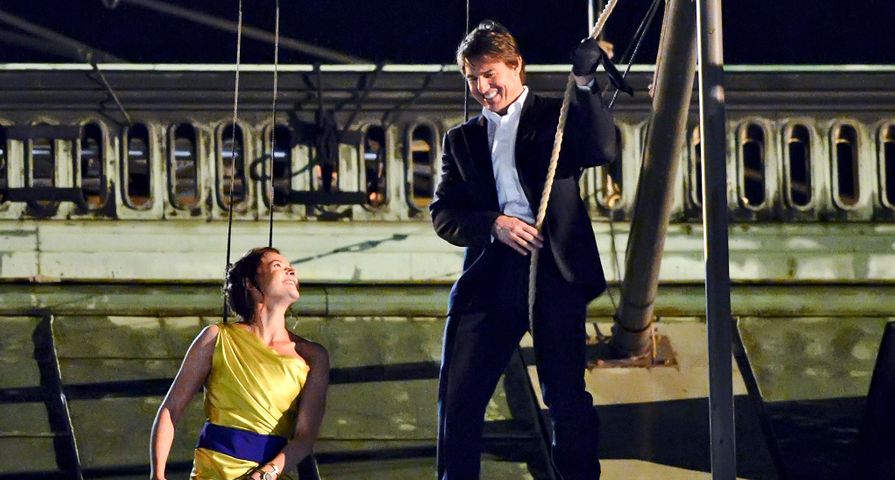 The production of Mission: Impossible 6 is officially taking a hiatus after Tom Cruise broke his ankle while performing a stunt on Sunday, August 13.

The 55-year old actor insists on performing all his own stunts during his action-filled roles and while filming he attempted to jump from scaffolding onto an adjacent building but fell slightly short. He was attached to a safety rope to ensure minimal room for injury, but still hurt his ankle and was seen limping following the fall.

Although the studio has confirmed Cruise is injured and has announced a halt in production, they revealed that this break will not affect the film’s release date. ”During production on the latest Mission: Impossible film, Tom Cruise broke his ankle while performing a stunt,” Paramount Pictures said in a statement. “Production will go on hiatus while Tom makes a full recovery, and the film remains on schedule to open July 27, 2018.”

The statement also adds a comment from Cruise: “Tom wants to thank you all for your concern and support and can’t wait to share the film with everyone next summer.”

The film’s producer also revealed that the stunts Cruise is performing are quite demanding and required extensive training. ”What Tom is doing in this movie I believe will top anything that’s come before,” he said. “It is absolutely unbelievable — he’s been training for a year.”