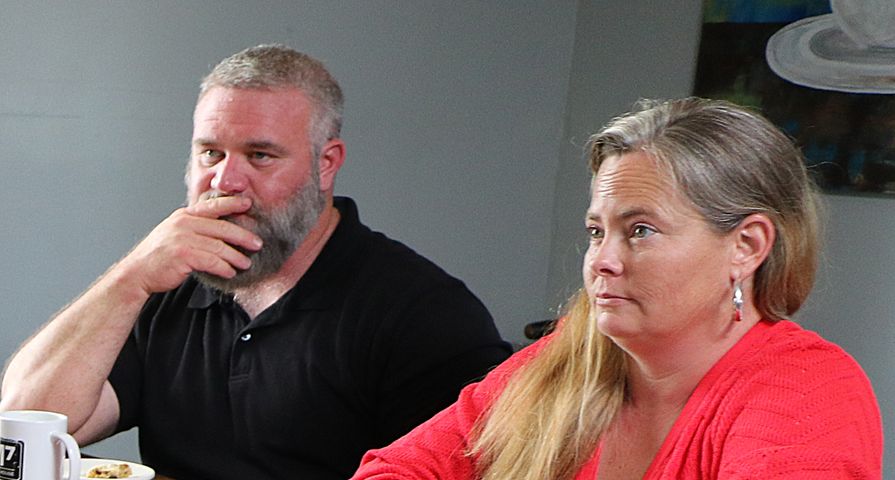 Bernie McGee, a reality star best known for his part on TLC’s Seeking Sister Wife, has passed away many outlets have confirmed. He was 41.

“Our hearts go out to the McGee family following the loss of husband and father Bernie McGee,” TLC said in a statement confirming the news. “Our thoughts are with them during this difficult time.”

He is survived by his wife Paige McGee and their four children.

A GoFundMe page that was set up for the family revealed that McGee passed away after he fell ill while riding his bike and afterwards died due to heat stroke/heart attack.

“Bernie and Paige McGee loved each other and their children unconditionally.  Always helping others even though they were fighting their own battles. After losing everything to a house fire they were just beginning to get everything back together again,” the page reads.

“Unfortunately they faced the worst sudden devastation that shocked many, Saturday June 15 Paige received a call from Bernie while he was riding his bicycle to let her know he wasn’t feeling well. Paige immediately went to get him but by the time she reached him EMS had to tell her what no wife and mother is ever prepared to hear. Bernie passed away due to heat stroke/heart attack,” the page continued.

Bernie’s wife Paige also reportedly posted to Facebook about her husband’s death, sharing, “Thank you for your thoughts and prayers. Bernie was out riding his bicycle and called me, saying he wasn’t feeling well and to come pick him up. By the time I got there, EMTs were working on him, but I could already tell. The coroner said he had a heat stroke/heart attack. Please bare with me. I will respond as I can.”

Seeking Sister Wife follows couples looking to explore polygamy. The McGees joined the show in season 2 after their home in Mississippi burned down, but they never found a woman to marry into the family.