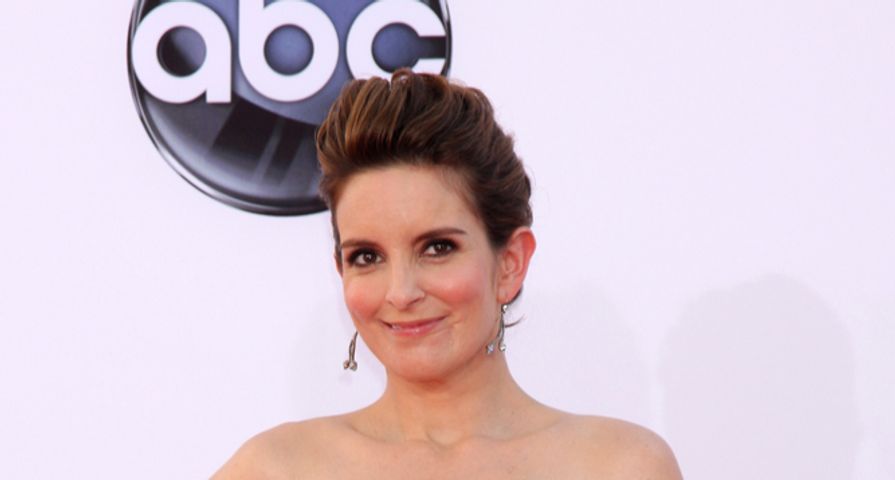 It’s not only the fans that are going to be sad to say goodbye to David Letterman after his final show as host of The Late Show airs on May 20 and hilarious actress Tina Fey had a unique way of saying goodbye.

The 44-year old appeared on the Late Show With David Letterman on Thursday May 7 looking as great as ever and she reminisced with the host about all of the fancy dresses she has gotten to wear by being on his show.

“I realized that when you retire, this is it. Like, I’m never gonna wear a fancy dress on a talk show again. First of all, it’s very hard work. I don’t know if you’re aware of the contraptions under here. It’s almost medical,” she stated, hinting at the Spanx which help her fancy dresses look great.

“I dress up like this out of respect for you. I really do. But this is it… Am I gonna put a dress on for Jimmy [Fallon]? That’s creepy. He’s like my brother. I’m gonna wear special underwear for James Corden? That’s not gonna happen. So the next time you see me, I will be playing charades in a slanket,” she continued to joke.

That’s when she revealed that her “gift” to Letterman was her final fancy dress and she stripped right down to her Spanx and a black bodysuit which read “Bye Dave!” the front and “#LastDressEver” on the back as the audience went wild. “Oh my god! I don’t know what to say. Oh, for heaven’s sake!,” Letterman laughed.

Also Check Out: 7 Celebrity Conspiracy Theories That Are Believable