Tim McGraw Falls On Stage While Performing In Nevada 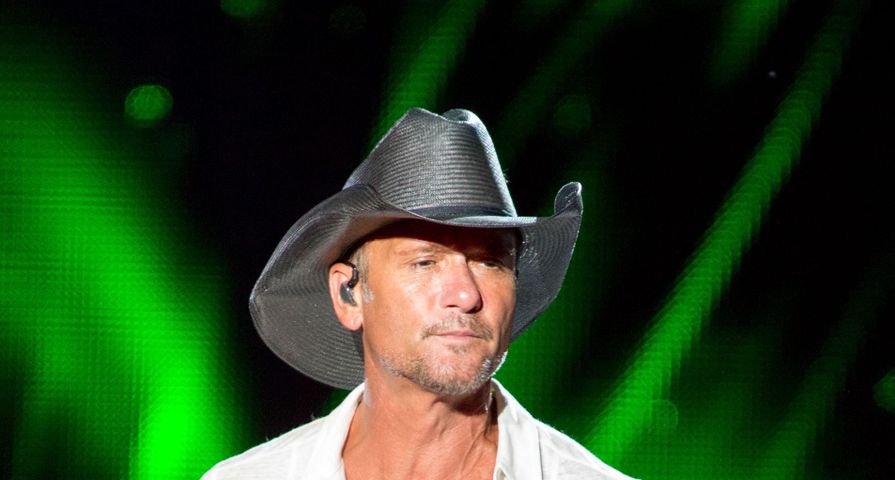 Tim McGraw is a veteran performer, but even he had a hard time navigating a precarious ledge he was singing on which caused the country superstar to take quite the spill while performing in front of an audience at a Nevada show.

The 49-year-old was doing a concert at Harvey’s Lake Tahoe Outdoor Arena on July 23 when the rough looking accident occurred. McGraw had maneuvered his way on to a ledge at the front of the stage to perform his hit “All I Want Is a Life” and can be seen hanging on to the railings with one hand to keep himself balanced while singing. Unfortunately while trying to work his way back, McGraw missed a step as he stepped backwards and suddenly fell backwards. Like the pro that he is though, he simply picked himself up and just kept on singing, missing only a couple lines of the song.

Afterwards he even smiled and pointed at fans and high-fived them, showing he was perfectly fine despite the dramatic tumble. McGraw has been hard at work touring and promoting his newest album “Damn Country Music,” which has already revealed yet another no. 1 song for the star with “Humble and Kind.”