Home » Trending News » This Is Us Season Finale Recap: The Finale Fakeout

This Is Us Season Finale Recap: The Finale Fakeout 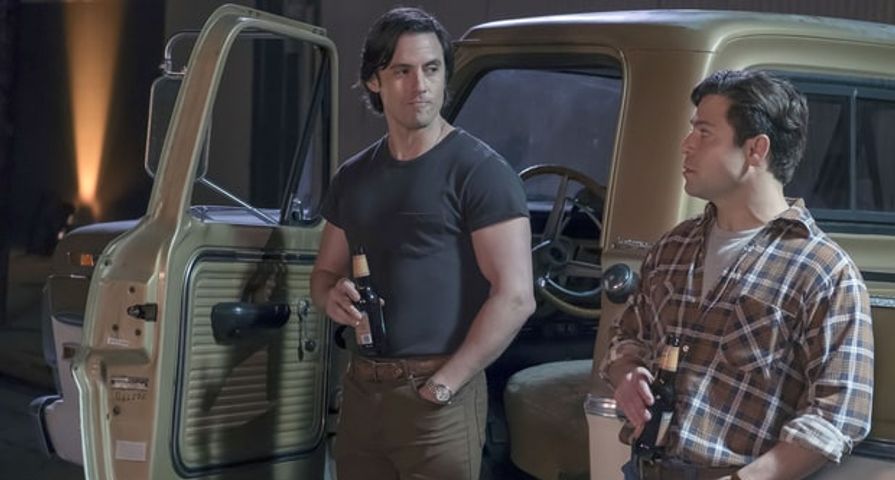 Just like that season one of This Is Us has come to an end! Fans had a lot of expectations for the season one finale, and well it might have left some big questions unanswered, it once again left many fans in tears.

“Moonshadow” focused almost solely on Jack and Rebecca which meant we finally got to see the beginning of the beloved couple, but unfortunately also the beginning of the end of the pair. Fans were introduced to Jack and Rebecca in their late twenties, before they met each other, with Jack still living with his alcoholic father, and working as a mechanic trying to save up money to get himself and his mother out the house while also trying to buy a mechanic’s shop with his friend Daryl. Rebecca meanwhile was an aspiring singer who was finding little success and was getting set up on a date with someone who wasn’t Jack.

Back to where we left Jack and Rebecca in the previous episode, Rebecca was getting ready for her first show of the tour while Jack made it safely to the bar where she was performing where he immediately began drinking again. Unfortunately while expressing her nerves to bandmate and ex Ben, Ben mistook it for a “moment” and leaned in for a kiss causing Rebecca to freak out on him. She then stormed to the phones where she called home hoping to talk to Jack and telling him that she missed him, unaware he was drinking at the bar only feet away.

Unfortunately Jack’s drinking left him to go on a drunken search through the bar to find Rebecca, and instead discovered Ben who said, “Don’t punish her because I crossed the line,” prompting Jack to go into a fit of rage and violently punch Tom a few times. When Rebecca discovered Jack beating Ben she told him she could no longer be in the band and do the tour and needed to take Jack home and be with her family.

Back in the younger Jack and Rebecca days, Jack was told by a family friend that she had a “knockout” woman for him to meet and set them up, at the same time Rebecca was being set up on a date making us think they were getting set up with each other. Meanwhile Jack and his friend Daryl had decided the best way to make money quick was to enter a shady poker game, and Jack actually won the whole thing! After winning the first hand, he tried to leave with his money, but instead was beaten and robbed by the angry guys who set up the game.

Flashing back to the ’90s, Rebecca got an angry and drunk Jack home safely but the two then got into the biggest fight we had ever seen between them. Rebecca first got angry with Jack for driving drunk to her show, and then admitted that Ben tried to kiss her, and when Jack assumed she kissed him back it elevated the fight further. This was then paired with a flashback of Rebecca going on her blind date, while Jack had devised a plan to rob his money back from the bar. Rebecca’s self-centered date was too much for her and she left him saying she just “needed to sing.” Then, just as Jack began his plan to rob the bar, he was stopped by a beautiful woman singing “Moonshadow” on stage, and they locked eyes. After the show, the two started talking and we officially saw the beginning of Jack and Rebecca.

Back in the ’90s, and the morning after their explosive fight, Rebecca told Jack he should go stay with Miguel for awhile to give her some space. Then, as always, Jack gave one of his impassioned and amazing speeches, talking to Rebecca about the night they met, and telling her all the things he loves so much about her, and saying, You’re not just my great love story, Rebecca. You were my big break. And our love story — I know it may not feel like it right now, baby, but I promise it’s just gettin’ started.” He then picked up his bags and walked out the door.

While the episode was all about Jack and Rebecca, the Big Three did have some moments. Kate and Toby were unpacking when Kate declared to her fiance that she knew what she wanted to do for a job, sing…Just like her mom. Meanwhile Kevin had to yet again say goodbye to Sophie as he took off for his L.A. audition for a Ron Howard movie. Then came the biggest shock of them all, Randall approached his wife Beth and calmly told her, “Beth, I want to adopt a baby.”