Home » Trending News » This Is Us Season 2 Finale Recap: A Wedding And A Very Dark Future

This Is Us Season 2 Finale Recap: A Wedding And A Very Dark Future 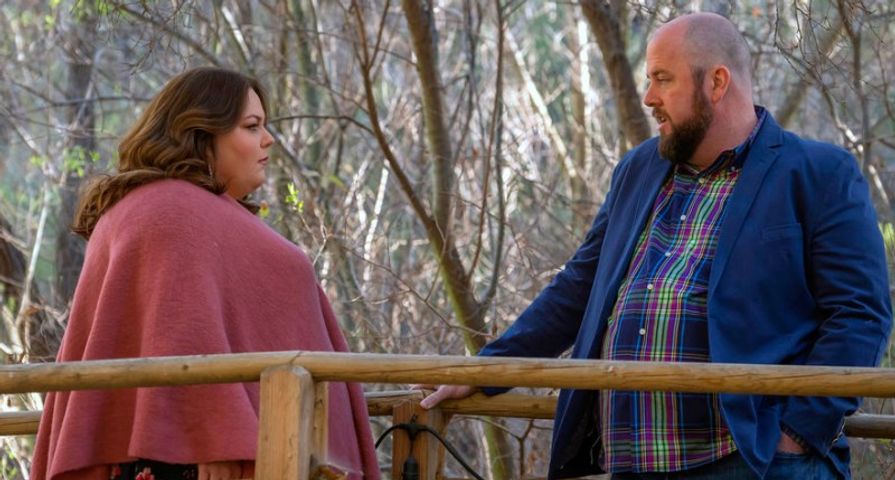 The Tuesday, March 13 episode of This Is Us brought fans the end of season two, a wedding, a rollercoaster of emotions, and heavy hearts heading into season three. For two seasons it has been incredible to see how much emotion and how many stories writers could pack into just one hour, and the season two finale wasn’t any different. Follow along for a full recap:

Ahead of the episode, fans were teased with images of an older Jack Pearson, and This Is Us jumped right in as the episode began with a wedding setting but instead of Kate walking down the aisle, it was Rebecca to Jack as it was announced they were celebrating their 40th wedding anniversary. The episode then flashed to the present where Kevin and Randall were preparing for Kate and Toby’s big day at the family cabin as Kate’s wedding planners. Meanwhile Randall was balancing not only wedding coordinating but dealing with Deja who had become mean and cruel towards Beth and Randall since her mother had left her and told the courts she wanted to terminate all parental rights.

A stressed out Randall asked Beth to play a game of “Worst Case Scenario” where they tell each other their worst fears without judgement and they went back and forth saying things like “Deja kills them in their sleep,” “Deja kills them when they’re awake,” “Deja makes Tess resent them and Deja and Tess both end up on the pole.”

Back at the cabin Kate was adamant about incorporating as much of her father into the wedding as possible which included having his urn beside the guest book and pinning his old Daytona t-shirt to her dress no matter how “weird” it was. Panic ensued however when Toby realized he had forgotten to pack the t-shirt, so when she should have been getting ready for her wedding, Kate took off to try to find something special to her dad that she could replace it with.

As Kate took off to town, Beth talked to her cousin Zoe, who was the photographer, about Deja’s behavior so Zoe had her own chat with Deja about how her mother left her with Beth’s family when she was younger and she spent a lot of time hating them before she realized she shouldn’t push away the people in the world who actually love her and care about her. The talk seemed to break through to Deja who then put forth an effort and put on a dress for the wedding.

Meanwhile Toby was getting ready for the wedding, and had picked up his parents from the airport who bickered continuously. While finishing getting ready, his parents paid a visit to his room where alarm bells started really ringing for the first time. His parents told Toby that they thought Kate wasn’t good for him because of how much time he spent “bending over backwards” to keep her calm while she never seemed to care about how he was feeling. They then brought up his serious depression that he went through after his divorce from his first wife while his dad said he had doubts about her too, but kept his mouth shut then and didn’t want to this time. Toby wasn’t having any of it though, and reaffirmed to his parents that Kate wasn’t unstable and that he loved her unconditionally so they could either support him or just leave.

As time for the wedding came closer, Kate was still nowhere to be found causing Randall and Kevin to go looking for her where they became more and more worried and played their own game of Worst Case Scenario where they opened up about their fears of the wedding not happening and they both were afraid they weren’t there enough for their sister. Meanwhile, Kate called her mother where it was revealed that all the clips of Jack and Rebecca celebrating their 40th wedding anniversary were from dreams that Kate had been having. When Rebecca asked “what was Toby doing during these dreams” Kate panicked because she revealed that Toby wasn’t in them.

Luckily, Kate had no real doubts about Toby as she spent a moment talking to her dad at their spot near the cabin and “let go to make some room for Toby” by spreading some of Jack’s ashes. The wedding then went off without a hitch as everyone, including Toby’s parents, celebrated the adorable couple. At the reception, Kevin gave a weird speech about their father where he, Kate, Rebecca and Randall all let go of deep breaths to release all their built-up emotions of losing Jack and their feelings of him not being there for Kate’s wedding day. While Kevin’s speech was “weird” it was Randall’s that caused panic.

As Randall spoke about not knowing what the future holds, audiences saw flashes of the Pearsons in the years to come. Kevin is seemingly in a relationship with Beth’s cousin Zoe who he met at the wedding, and the pair have gone to Vietnam as Kevin holds a picture of Jack and his brother from when they were in the war there. Kate visits Toby who is in bed and it seems his depression has returned as she tells him the doctors want to see him and adjust his medications again. Then we see another flash of an old Randall visiting an adult Tess as he tells her “it’s time, we have to go see her,” without naming names and Tess responds, “I’m not ready,” while Randall says, “me either.”

As always, This Is Us knows exactly how to leave its fans stunned and wanting more, but we will have to wait until season three premieres in September for any answers!