Home » Trending News » This Is Us Recap: Sylvester Stallone Mentors Kevin To Deal With His Grief

This Is Us Recap: Sylvester Stallone Mentors Kevin To Deal With His Grief 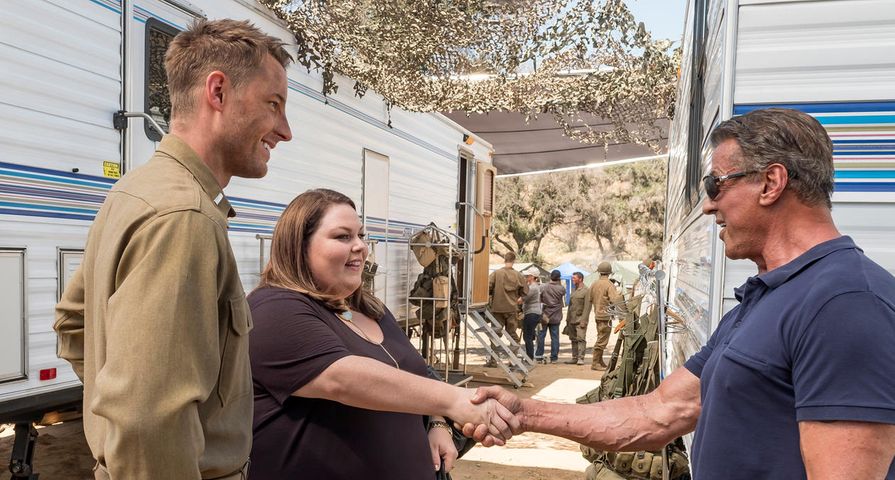 This week’s episode of This Is Us featured a lot of strained relationships between family. Kevin and Kate had a falling out, Jack and Rebecca fought for their marriage and Randall and Beth were forced to navigate how to be foster parents. Follow along for the most notable moments from last night’s episode:

The flashbacks show young Randall posting an add in the newspaper for his birth parents. Randall received a letter back from a woman who claimed she was his mother and she asked to meet him in the park. Randall agreed and was accompanied by Kate and Kevin to meet his supposed mother, but quickly realized she was not who she said she was and was simply trying to get money from him.

Jack and Rebecca continued to struggle in their relationship and Rebecca admitted to Miguel’s ex wife Shelley that they hadn’t been intimate “in a while.” Rebecca decided to reignite the fire and surprised Jack with a ride in the Chevelle to get burgers at a concert venue they previously went on a date to. The surprise date was a success and left Jack and Rebecca happier than they had been in quite some time.

Kevin returned to the set of his Ron Howard war film and Sylvester Stallone made a guest appearance to mentor Kevin. Kate fawned over Stallone and admitted that he was her father’s biggest idol. Before Kevin shot a big war scene, Stallone mentioned his father’s death which threw Kevin off his game and he blamed the mishap on Kate for mentioning Jack to Stallone. Kevin continued to be mentally unstable after the fight and talk of Jack, which led him to injure his bad knee. He then takes pain killers to ease the ache which leads one to wonder if Kevin might have addiction issues like his father.

Randall and Beth were finally assigned a 12-year old foster child named Deja after three weeks of waiting. Deja’s mother was arrested and although the teenager seemed quiet at first, when Beth tried to confiscate cigarettes from Deja’s bag she was quick to lash out and call her a b**ch. Deja seemed to have a soft side for the Pearson sisters though and agreed to sleep in their bedroom for the night. The next morning Randall opened up to Deja about his own adoption to soften the blow that her mother might be in jail for quite a while. She retaliated, smashed a photo of William and ran off in fury.

This Is Us airs on NBC Tuesdays at 9 pm.