Home » Trending News » This Is Us Recap: Getting Closer To Jack’s Death As Season Finale Nears

This Is Us Recap: Getting Closer To Jack’s Death As Season Finale Nears 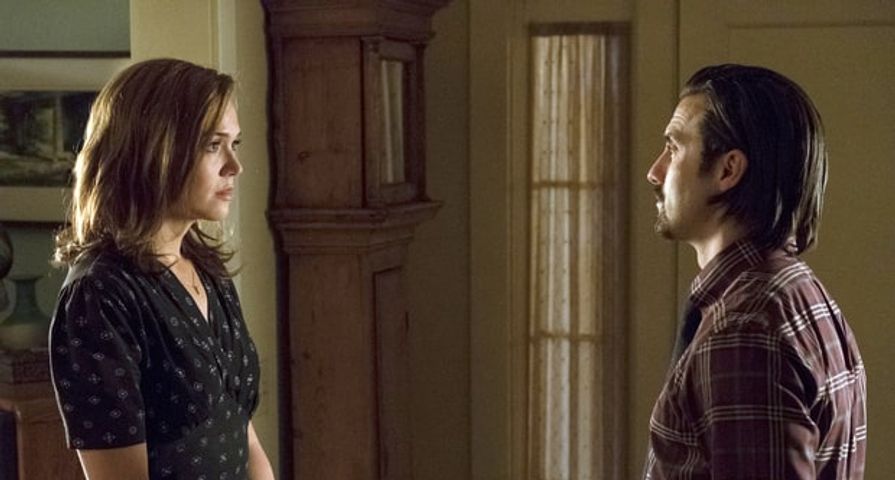 This Is Us has fan’s emotions hanging by a thread and as we get closer and closer to next week’s season finale, we can barely hold it together. The Tuesday, March 7 episode had emotions ranging from sad, happy, and grief and included one of the show’s biggest twists yet!

The episode began with a present day look at the Big Three getting ready for William’s memorial and then jumped into a flashback from the ’90s picking right up where Jack found out that Rebecca was going on tour with her ex-boyfriend. Still hurt and upset Jack attended a work party instead of being at home with Rebecca and the kids on her last night before leaving for the tour causing Rebecca to corner him with, “How could you be late, today of all days?” When Rebecca did leave for the tour things were not much better between the pair as she left by only giving Jack a kiss on the cheek.

Back in the present day Randall seems to be at peace with his biological father’s death and received a call from William’s boyfriend Jesse. Jesse relayed to Randall that everyone at their Narcotics Anonymous group sent their love and even shared an absolutely sweet story about the wonderful William. Not too much later Randall then encountered the postman who also told Randall how William had already impacted his life. “We became friends. He always asked about my daughter. I’m sorry for your loss. This neighborhood will miss him.”

Another flashback then took fans back to Jack and Rebecca’s straining marriage as Kate asked her father if they were alright and Jack told her that her parents were the last things in the world she needed to worry about. Instead of making Kate, and viewers better, it simply reminded us that at that point Jack’s impending death was coming much sooner than later and he was indeed something we needed to worry about.

Back to a more bittersweet moment, William requested that his granddaughters plan his memorial because it would be “fun” and they did not disappoint. They had “William’s Perfect Day” which included his favorite breakfast and Beth shared an incredible speech in honor of William.

The toasts brought Kate to tears and after Toby tried to console her, Randall came to make her feel better and she admitted that the “fat camp” she attended “broke her open” and brought up all kinds of emotions about their dad’s death. Randall then told her he had a dream that both his dads had met and were like “old friends” with a shot of William and Jack bonding which almost broke us.

Then came the moment that a still distraught Jack was propositioned by none other than Heather, but Jack being Jack of course rebuffed her and realized what he needed to do was make things better with his wife. In the present day Rebecca and Randall finally had their reconciliation with Rebecca apologizing for keeping the fact from him that she had met William after Randall’s birth, and Randall sweetly said “I love you, Mom.” The episode also had another huge moment for Randall when he quit his job! He marched right in and called them out for being uncaring for everything he had done for the company and when asked what he was going to do, he replied, “I dunno, maybe instead of running in the morning, I’ll go for a walk, slow it down a little. Talk to my mailman. That seems like a good way to start the day.”

Last but certainly not least, Kate finally approached Toby to tell him she was ready to start talking about her father’s death. She once again reiterated to Toby that the reason she has such a hard time discussing her dad’s death is because it’s her “fault” according to her. Then the episode ended with Jack leaving a message for young Kate, saying, “Hey, princess — it’s Dad. I wanted you to know that you were right. I’m gonna fix things with your mom. I love you, Katie girl.” Jack then dropped his keys in an obvious hint that he was drunk when he got in his car to chase Rebecca down on tour.