Home » Trending News » This Is Us Recap: A Marriage And A Divorce

This Is Us Recap: A Marriage And A Divorce 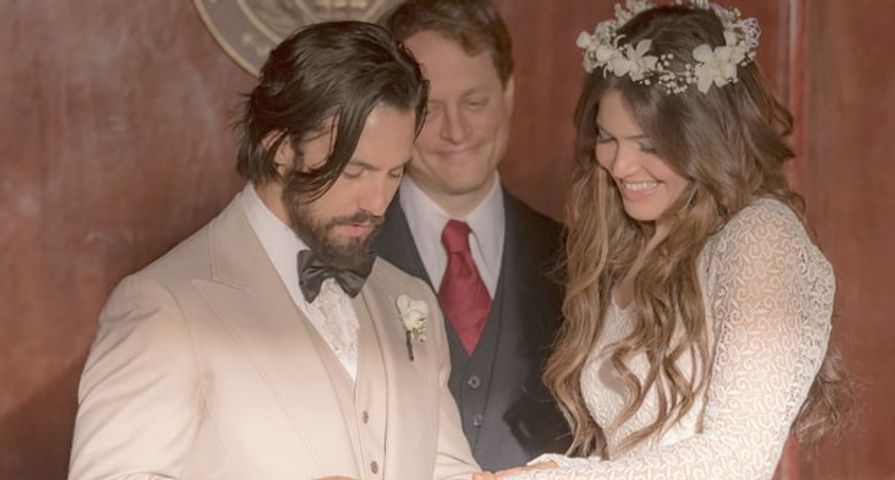 After a week off, This Is Us returned on Tuesday, February 7 with a brand new episode, and it was, of course, spectacular! After seeing many flashbacks of Rebecca and Jack’s life together both before and after having The Big Three, this episode finally took a look at the big day when the beloved pair finally said “I Do,” but it wasn’t all happiness.

The episode started off with the wedding which included a toast from Jack’s best man, and who fans know to be Rebecca’s husband in the future, Miguel. With that knowledge, his speech meant a lot more, especially as he said, “Marriage is not something you enter into lightly.” Right away, however, cracks in marriages were exposed when it jumped forward to a few years later with Rebecca and Jack fighting while out to dinner with Miguel and Shelly, only for Miguel to announce they were getting a divorce. Later on, at their own home, Rebecca didn’t seem shocked by the divorce and told Jack people drift apart sometimes, and quickly added, “I wasn’t talking about us!”

Jack then gets frustrated with Miguel and confronts him about his divorce, while Miguel explained he and Shelly had “stopped noticing each other” and not everyone can be like Jack and Rebecca. Meanwhile, Rebecca’s pianist said Jack wasn’t being a very good and loving husband because he didn’t immediately agree for her to go on a singing tour of the East Coast only for Rebecca to retort, “My husband’s a freaking superhero, and you have no idea what you’re talking about.”

In the present, Randall was still dealing with the imminent loss of his father, and had some heartbreaking realizations that he was missing out on his daughters’ lives, and questioned if he should have brought William into their lives at all. After making he decision to go to his daughter’s chess tournament in order to make more of an effort, Randall ended up losing half of his clients at work to his rival, proving that he just couldn’t win no matter what he chose.

At the same time, Kevin (and fans) were dealing with the presence of his ex-wife back in his life after Sophie agreed to meet him in the restaurant where they shared their first kiss. It was revealed that Kevin had cheated on her, and Sophie was finally dating someone new, but Kevin couldn’t help but tell her he was still in love with her and would be waiting for her at the restaurant the next morning if she changed her mind.

As for Kate, she was actually being kind of horrible to Toby, who showed up at her weight-loss camp to help her out. While there, the creepy stable guy, Duke, couldn’t help but jump at the chance to imply that he and Kate had hooked up, obviously stunning Toby. After Kate snapped at Toby again for “annoying” her, he revealed he had actually brought his grandmother’s ring with him to surprise Kate, but then he left like she wanted.

In the end, Rebecca and Jack chose to fight for their marriage, and Jack planned a romantic night in their first apartment to rekindle their relationship. Meanwhile, Sophie did show up at the diner to meet Kevin and give him another chance!