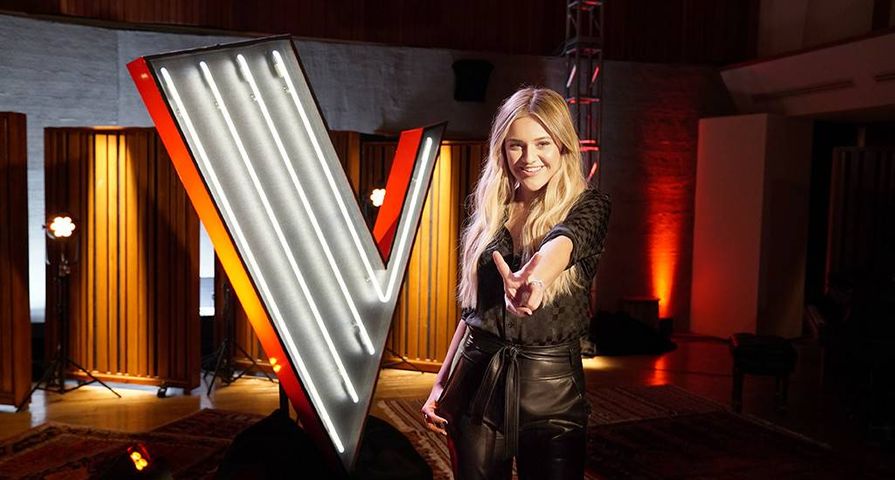 After fourteen successful seasons, things on The Voice are getting a shakeup for the upcoming fifteenth season!

Ahead of the premiere, it has been announced that this season will feature an online companion series called The Comeback Stage featuring country star Kelsea Ballerini as The Voice’s fifth coach and will launch on  YouTube, The Voice Official App, Instagram TV, Facebook and NBC.com on the same day that The Voice airs.

The Comeback Stage will see Ballerini pick six contestants from the blind auditions who failed to turn any of the coach’s chairs, but obviously had talent. She will then coach all six through elimination rounds until it comes down to the final two, and the winner will be given the opportunity to join the show’s Top 13 live episodes that being in November.

According to E! News, the series will work as follows: “Ballerini will pair the six competitors into three Battle Pairings, each artist will get coached on an individual song. Then, following the battle, Ballerini will decide the winner. Then, in the next phase of the series, the three Battle Round winners go to the Comeback Stage Finals, where each will perform a final song. Based on these performances, Ballerini will pick the final two artists who will move on to the final phase and perform live for America’s vote. The two Comeback Stage finalists will appear on the Live Playoffs Results show airing Tuesday, Nov. 13, and perform for votes in the first Twitter Instant Save of the season. The artist will then decide which team they would like to join moving forward in the competition: Team Kelly, Team Jennifer, Team Adam or Team Blake.”