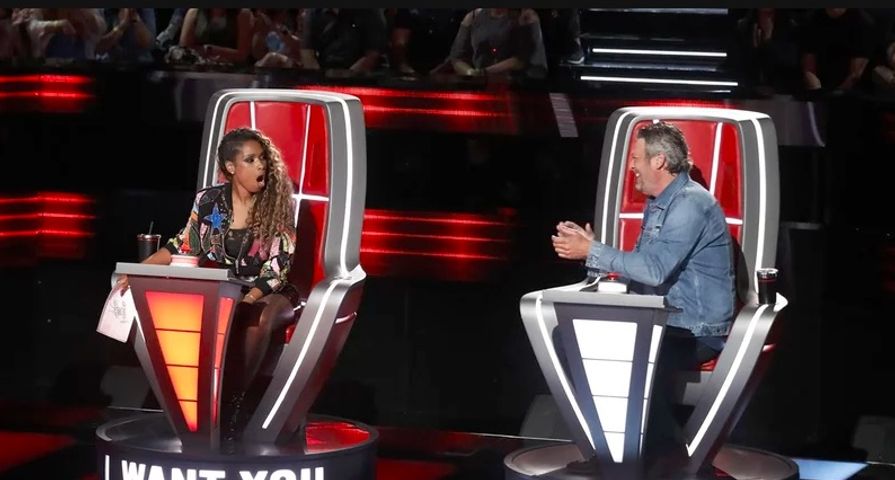 After the first round of blind auditions for season 15 of The Voice on Monday, September 24, it looks like this season is going to be one of the best yet!

Longtime coaches Adam Levine and Blake Shelton are joined this season by female powerhouses Kelly Clarkson and Jennifer Hudson, and it is clear that Clarkson is out to defend her title from last season’s win.

15-year-old Sarah Grace wowed the coaches with her rendition of “Ball and Chain” by Janis Joplin, and while Jennifer Hudson would have loved for the high schooler to join her team, Grace ended up choosing to be on Team Kelly Clarkson.

23-year-old Tyshawn Colquitt got a chair turn from both Jennifer Hudson and Blake Hudson after singing “Like I Can” by Sam Smith, and while Shelton made a good case for him, Colquitt with JHud Productions aka Team Jennifer Hudson.

Tyke James was quite the interesting singer with a very unique personality and the 18-year-old caught the attention of Adam Levine. Levine saw a lot of raw potential in James and like that he was different, and the singer was happy to accept a spot on his team.

29-year-old Ayonna Joni has had an interesting trajectory in Hollywood after starting out as a child actor, going through a surprise pregnancy and then turning to wedding singing, and while she was fantastic, she didn’t get a chair turn from the coaches. Of course, this season that doesn’t necessarily mean she is out and fifth coach Kelsea Ballerini chose Joni for the companion webseries Comeback Stage after hearing her sing “Sorry Not Sorry” by Demi Lovato.

The first repeat contestant from last season was 17-year-old Mercedes Ferreira-Dias who sang “She Used to Be Mine” by Sara Bareilles after nearly earning a place on Team Kelly Clarkson last year. This time, she earned a chair turn from both Clarkson and Blake Shelton, and in a shocking move she chose Shelton after getting shunned by Clarkson last year.

19-year-old Radha nearly got a full four chair turn after singing “Mamma Knows Best” by Jessie J. A clear powerhouse, she quickly gained interest from Blake Shelton, Adam Levine, and Jennifer Hudson, and after a brief battle between the coaches, Radha decided to join Team Adam.