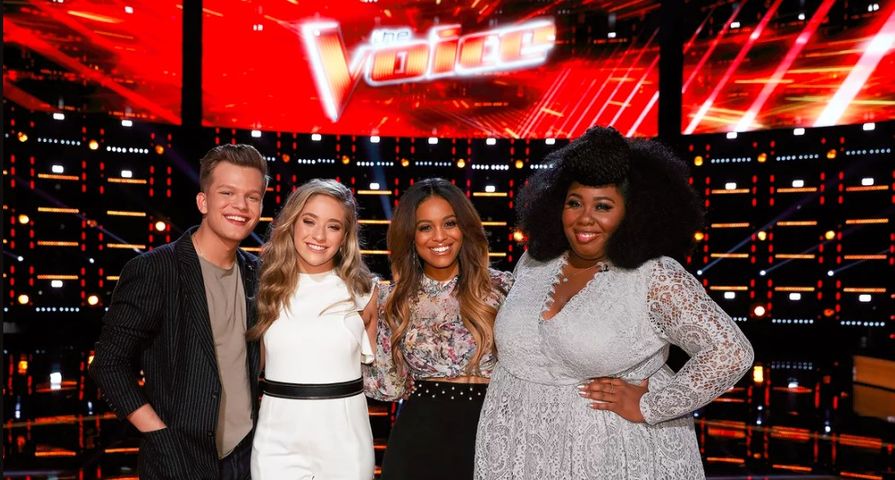 After a very tough and competitive season which saw some incredible singers join the teams of the coaches, a new The Voice winner has been named as season 14 came to an end on Tuesday, May 22.

Team Blake Shelton members Kyla Jade and Spensha Baker, Team Alicia Keys‘ Britton Buchanan and Team Kelly Clarkson’s Brynn Cartelli were the last four standing for the finale, and in the end it was Brynn Cartelli who was named the champion of this season. If the win wasn’t big enough, Cartelli made history as the youngest The Voice winner ever at only 15 years old which is one year younger than previous teen winners Danielle Bradbery and Sawyer Fredericks who were both 16.

In addition to being the youngest winner, Cartelli’s huge win was the first ever win for first-time coach Kelly Clarkson.

“Kelly behind the scenes is the same way you see her on camera. She is hilarious. She’s really real and caring. I’ve always looked up to her and now that I can get advice from her, it’s incredible,” Cartelli said.

“I’m gonna be Brynn’s big sis for life. One just because I love her parents. We would totally barbeque. She’s kind of stuck with me regardless if she desires it or not,” Clarkson joked. “I love being her friend, I love being her mentor and being her cheerleader.”

Cartelli auditioned not just once, but twice — once in New York and then in L.A. — before taking the stage in front of the judges and getting a four-chair turn from during the blind auditions. She picked Clarkson because she said she has always been a fan of the “Piece By Piece” singer.

“[Kelly has been] setting me up for a future after the show so that everyone has an idea of who I am as an artist so that the fans who followed me on this journey get what they deserve from me, which is a pop/soul style of music,” Cartelli previously stated about having Clarkson as her coach after won a similar competition with American Idol in 2002.

Baker finished in fourth place, Jade came in third and Buchanan was named the runner-up.