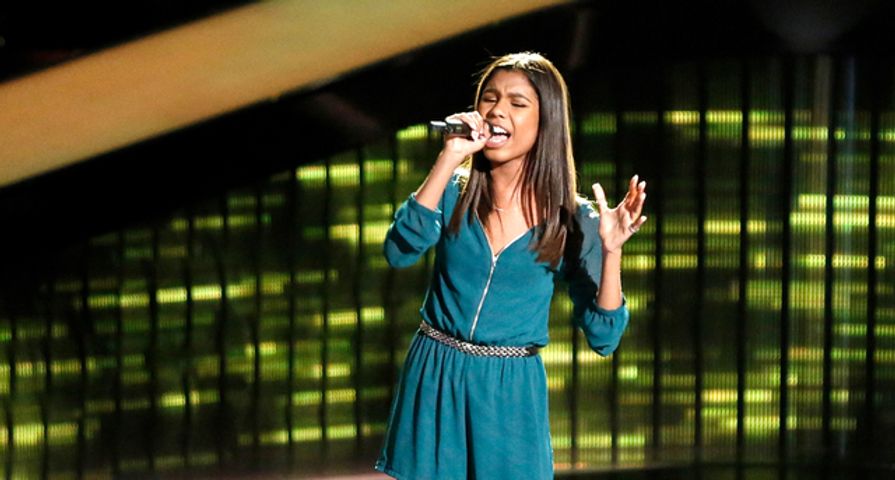 The results are in, we are now down to the Top 11. Tonight we were also graced with a guest performance by G Eazy.

The night began with the announcement of the first 3 contestants that were saved by America’s votes. They were: Brennley Brown from Team Gwen, Jesse Larson from Team Adam, and Lauren Duski from Team Blake. All contestants looked ecstatic to be called first as they could relax for the night knowing they would be back next week.

Following the first three saves, a tribute to the late Christina Grimmie,  a finalist in 2014, was made. It was announced that a Christina Grimmie foundation has been created in her honor to support those impacted by gun violence and families, like hers, who were affected by breast cancer. Adam addressed Christina’s family, who stood proudly in the crowd, stating how much he missed the young songstress. Team Adam with Adam himself dedicated a performance of “Hey Jude” to Christina and her family, all coaches and the audience gave a standing ovation for the touching performance.

Team Blake and Blake Shelton then took the stage with a fun and energetic performance of “Crippled Inside”. Hunter Plake from Team Gwen, TSould from Team Blake, and Stephanie Rice from Team Alicia were all saved.

The two performers up for elimination were Troy Ramey and Mark Isaiah. Troy sang first with a cover of “Drift Away”. Overall the performance felt as though it lacked the energy needed from someone singing to continue onto the next week. Mark Isaiah followed with a fiery performance of “When I Was Your Man”. Once the two were pitted against each other in hopes of winning America’s votes it was no surprise that Isaiah was chosen to move onto next week.

Stay tuned next week to find out who makes it to the Top 10!