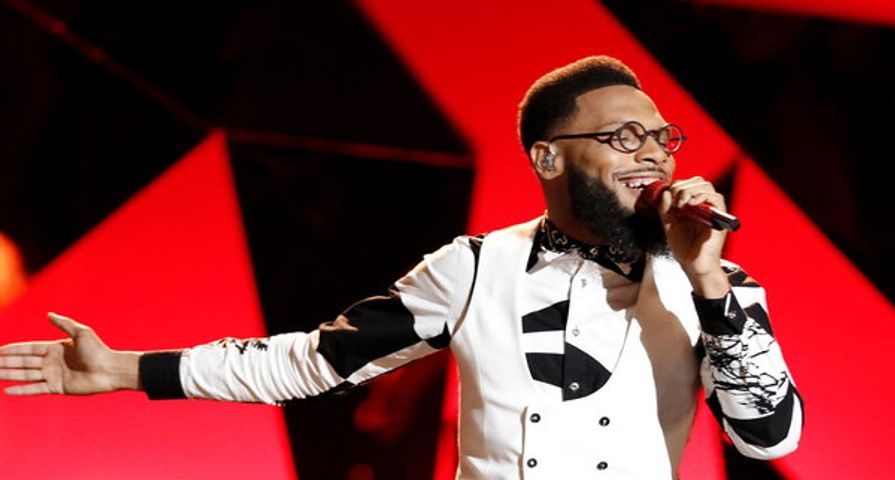 Tonight our semi-finalists were revealed! After last night’s performances it was difficult to gauge which two contestants would be sent home. First, before any names were called, we were graced with a performance by Grammy winning country singer Maren Morris. We then watched the contestants and judges leave sweet messages to, or about, their mothers as an early Mother’s Day tribute.

The first round came upon us. Not surprisingly, after last night’s heartfelt and emotional performance, Aliyah Moulden was the first to be declared safe. Following her sweet response by hugging coach Blake, Chris Blue from Team Alicia was quickly called to move on to the semifinals. After the break, Lauren Duski (Team Blake) and Hunter Plake (Team Gwen) were both called to move on to next week. Both artists had last night’s performances ranked in the Top 10 from I Tunes downloads!

From the six remaining artists, Jesse Larson (Team Adam) and Brennley Brown (Team Gwen) were declared safe. The mega talented Charlie Puth followed the announcement of the top six, and performed his latest single “Attention”. The four remaining artists were Tsoul, Vanessa Ferguson, Lilli Passero and Mark Isaiah. TSoul  was the last to be called safe before the sing-off, so it was up to Vanessa, Lilli, and Mark to fight for the remaining spot.

Lilli Passero performed “Stormy Weather” and it sounded like she finally found her voice! Although it may be too late in the game now, Adam and Lilli have really nailed the genre that works best for her. The jazzy undertone worked perfectly with her smoky voice, even if at times the notes were a bit pitchy.

Mark Isaiah sang “Sorry” by Justin Bieber and to be honest, it might have been one of his worst performances. Despite only singing different renditions of the main line “I’m Sorry”, the overall performance was nasally and pitchy. This has been the fourth week in a row Mark has been on the chopping block and unfortunately it’s not shocking. The young singer has yet to truly establish himself as a fierce competitor this season. He definitely has talent, it just might need a bit more refining.

Vanessa Ferguson followed absolutely blowing the audience away with a fun and upbeat rendition of “For Once In My Life”. It was an absolutely mesmerizing performance that had judge Alicia up and out of her seat. Alicia even went so far as to say that if people didn’t vote for Vanessa now, it would be the same as not voting for her when she first started her singing career.

Winning 47% of the votes, Vanessa Ferguson was saved instantly and will be moving on to the semifinals! Mark and Lilli, both from Team Adam were sent home.

Keep reading next week to find out what happens in the semifinals!