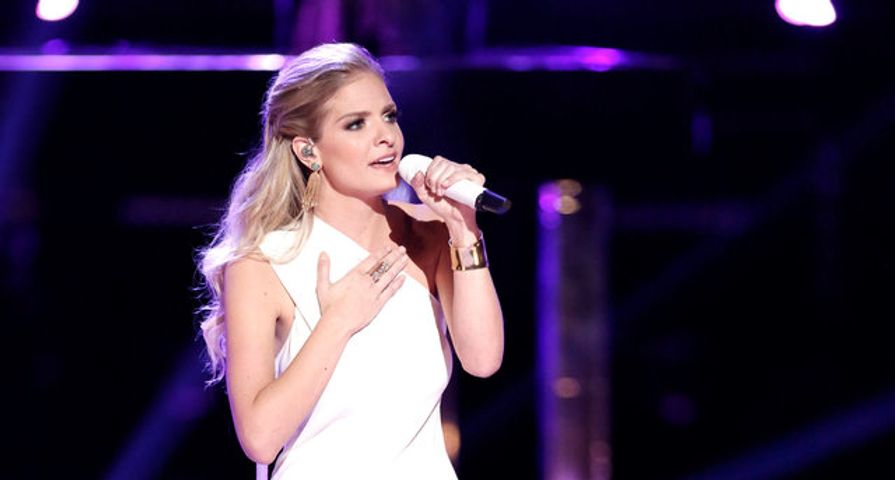 Tonight our Top 8 was swiftly cut down to reveal our Final 4. The first three contestants moving on to next weeks season finale were announced at random as per usual. The first artist declared safe was Chris Blue from Team Alicia. Based on last night’s performances, Chris was able to chart on ITune’s Top 10 twice! Once for his amazing solo performance and once more for his duet with Vanessa Ferguson.

Coach Adam Levine then took the stage with Big Boi to perform their new song “Mic Jack”.  We then watched a quick recap of the Top 8’s most memorable moments with their coaches. The next contestant called to safety was Lauren Duski, who’s last night performance of “Ghost In This House” hit number one in the Top 10 on ITunes. After learning more about the contestants through cute videos purely there to fill air time, Aliyah Moulden was called as the third artist to be saved by last night’s performance.

Three artists were then chosen (based on votes) to sing for their last chance to earn that instant save and move on to the Final Four. Jesse Larson, Hunter Plake, and Brennley Brown were called to take the stage which instantly sent TSoul and Vanessa Ferguson home.

Brennley Brown first sang “Warrior” . The nerves must have gotten to the young performer as the song overall seemed out of place for her. At times the performance was pitchy, and in others it seemed nearly off beat. It really wasn’t her best performance, nor did it reflect the immense talent she had displayed on the show throughout the season.

Hunter Plake absolutely nailed his song choice of “Love Runs Out”. It truly felt as though we were at a Hunter Plake concert. It might have even been a better performance than last night, which we all thought was impossible to beat. Plake demonstrated extreme control in his smooth vocals, it was an amazing pairing of artists and song choice.

Jesse Larson was the last to take the stage with his rendition of “Tennessee Whiskey”. We were even blessed with a taste of his amazing guitar playing skills. Although in certain areas Larson seemed nasally, it was still a solid performance. Although Larson hasn’t shown as strong of a stage presence as competitors such as Plake, you cannot deny how consistent his  performances have been in every genre he has tried.

After Larson’s performance the polls were open and America voted for who they wanted to see move onto next week’s finale. The instant save went to…Jesse Larson!