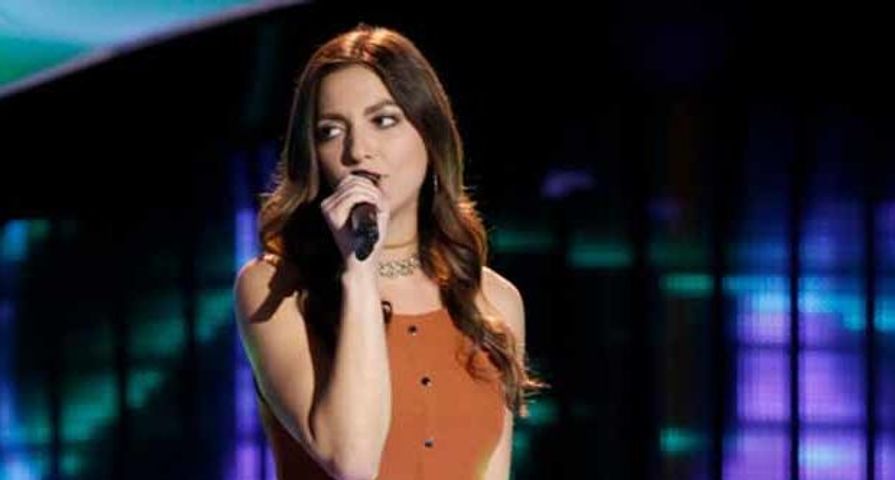 Tonight we saw the top 10 perform in hopes of coveting those precious spots in the top 8.

Jesse Larson was our first performer of the night and although many agree it wasn’t the best display of Larson’s vocal ability, it did mark him as a performer. Larson has proven how effortlessly his talent comes to him through typically laid back performances as seen last week. However with his rendition of “Jungle Love” we were able to see a stronger stage presence from him and even watch him rock on the guitar. Was it the showstopping performance of the night? No, and it may not be enough to win him the season, but it was a solid performance nonetheless that showcased remarkable talent.

Mark Isaiah covered Harry Styles’ newest song “Sign of the Times”. Isaiah showed potential for this song as it deviated from the typically songs he has been performing throughout the competition. Too often we have been listening to him imitate popular artists when covering the songs without truly making them his own. A few riffs here and there don’t make a performer stand out as a star, and unfortunately this song choice didn’t help either. The higher notes seemed a bit out of reach for the young singer. He undeniably has a beautiful voice, but Isaiah still has a long way to go originality wise compared to other contestants.

Lilli Passero covered “Unforgettable” by Nat King Cole, and trust me, I won’t be forgetting this performance anytime soon. At times Passero expressed a purity when singing the sweet melody, one that captivated audience members and viewers at home in a trance like state. However, in other moments Passero also seemed to be stretching to hit certain notes or was slightly off beat. Passero has been showing immense talent, but hasn’t been as consistent as other performers of this season.

Vanessa Ferguson crushed “Doo Wop (That Thing)” by Lauryn Hill. It’s not easy to rap a those speeds, but to do so with such precision and maintain the audience’s attention? Ferguson threw herself into the number and committed 100% to not just singing, but performing the piece. Overall it had a powerful effect and reaffirmed Ferguson’s deserving spot as a competition front runner.

Chris Blue performed “24k Magic”.  In true Bruno Mars fashion, Chris acted as a true entertainer in more than just vocals, demonstrating killer moves. However the move might have proven to be dangerous as at times during the performance Blue seemed to be trading vocal control for dance add ons. In a singing competition this could have the potential to hurt his votes from viewers. Or, the trade off could have improved how voters saw him as an overall entertainer. I guess we have to wait until tomorrow to find out!

Aliyah Moulden wowed us all with a mellow and smooth performance of “Jealous” by Labyrinth. From what I believe has been her best performance of the season, we witnessed the young singer experience a a true connection to the piece and even teared up towards the end. The singer channeled the emotions she felt after losing her father, and it was the most genuine moment of this entire season.

Lauren Duski wowed the crowd with “Tell Me Why” by Wynonna Judd. I think we can all agree this country, soon to be, star will be one of the finalists. Not only does Duski crush each performance with an air of ease and control, she has an original sound that like Blake stated, is needed in country music today. Although Duski has been cranking out killer ballads for majority of the season, tonight she demonstrated that she can also rock the faster paced songs. Lauren for sure is the contestant to beat this season.

TSoul slayed “At This Moment”. This raw performance was just what America needed to hear from TSoul to ensure his spot in the semifinals if not the finals. His enticing way of revamping older songs is remarkable and definitely establishes his presence as a fierce competitor.

Hunter Plake performed “Higher Love”. Was it the best performance of the night? No. Was it memorable? Not really. Although his pronunciation has improved, I still found it difficult to make out what was going on in the verses. At times Plake seemed disconnected from the audience which made the performance feel almost disengaging compared to performers such as Chris Blue or Aliyah Moulden.

Brennley Brown’s “Anyway” was ridiculous, as in how can someone that young possibly be that good? Towards the end of the performance that singer pumped out controlled and firm notes that could break down walls hey were so powerful. It was truthfully a jaw dropping performance that definitely earned her a spot in the top 8 at least.

Check in tomorrow to find out who will make it to the top 8!