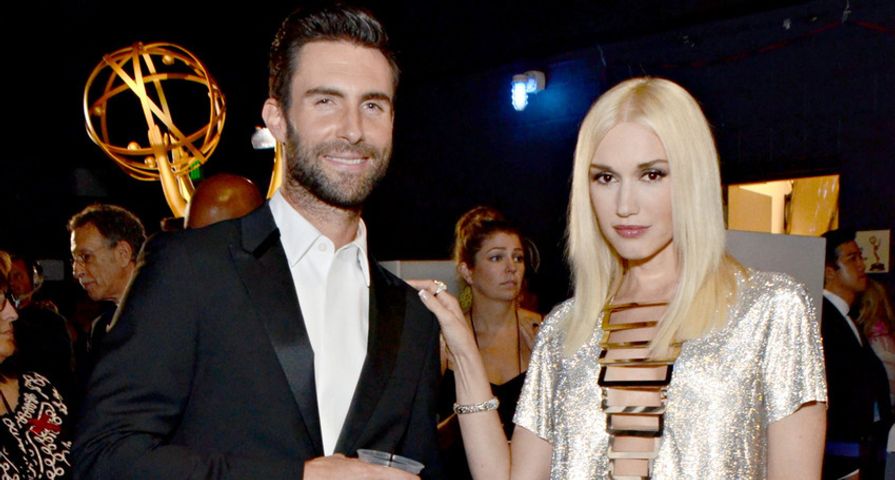 After the amazing performances Team Blake and Team Alicia gave last night, it was hard to imagine that this season of the The Voice could get any better. However, members of both Team Gwen and Team Adam rocked the stage in hopes of winning a spot in the Top 12.

Johnny Gates, Gwen’s pick for comeback artist, kick started the night with a rock rendition of Selena Gomez’s “Can’t Keep My Hands to Myself”. As a Team Gwen member, Gates received the highest on compliments from Alicia who referred to him as the male version of Gwen Stefani.

Troy Ramey performed Joni Mitchell’s “A Case of You”. The song portrayed a vulnerability that can be so difficult to capture in a live performance. Troy stated that he accessed that emotion by reflecting on losing his father. Although Adam and Gwen differed on the singer’s confidence at the beginning of the song, no one could deny how moving the piece was.

Quizz Swanigan, the youngest contestant in The Voice history, performed “My Girl”. Although young, with coaching from Stefani, Quizz was able to channel a mature sound that really brought the song together.

Brennley Brown knocked “Fly” by Maddie and Tae out of the park in a performance that made Blake admit he had made a mistake in letting her go. The young singer accompanied herself on the guitar which proved how much star power this artist has!

JChosen made Prince proud with his smooth performance of “Nothing Compares 2 U”. Even though vulnerable, JChosen was still able to dominate the stage with a strong vocal performance.

Hunter Plake flawlessly performed a rendition “Elastic Heart” by Sia. Adam was impressed by the singer’s ability to take the song, make it his own, while also hold on to its original elements and even said “I don’t know if we’ve ever had anyone like you.”

America voted to save: Brennley Brown and Hunter Plake

Johnny Hayes, Adam’s comeback artist, sang “Ain’t Too Proud to Beg” by The Temptations. The performance proved why Adam chose him as comeback artist as the confident stage presence showed how far Hayes had come in the competition.

Hannah Eyre stunned audiences with a powerful performance of “Skyscraper” by Demi Lovato. Coach Adam couldn’t get enough of her dominating stage presence remarking, “You are so powerful,” after the performance.

Josh West sang “More Than a Feeling” by Boston. Although at times the high notes were questionable, the overall performance was well done, especially for such a challenging classic!

Mark Isaiah crushed “All Time Low” in a performance that made you forget that the song wasn’t originally written for him. Isaiah was able to put his on influence on the piece and absolutely owned it.

Lilli Passero enchanted us with her cover of “It’s Too Late” by Carole King. As usual, Passero was able to captivate the emotion behind the song that added a depth to the piece that can be tricky to convey.

Jesse Larson performed “Sir Duke” by Stevie Wonder. Coach Adam was blown away by the performance that marked Larson as a true contender in the competition.

America voted to save: Jesse Larson and Lilli Passero

Stay tuned to find out who gets eliminated next week when the top 12 take the stage.