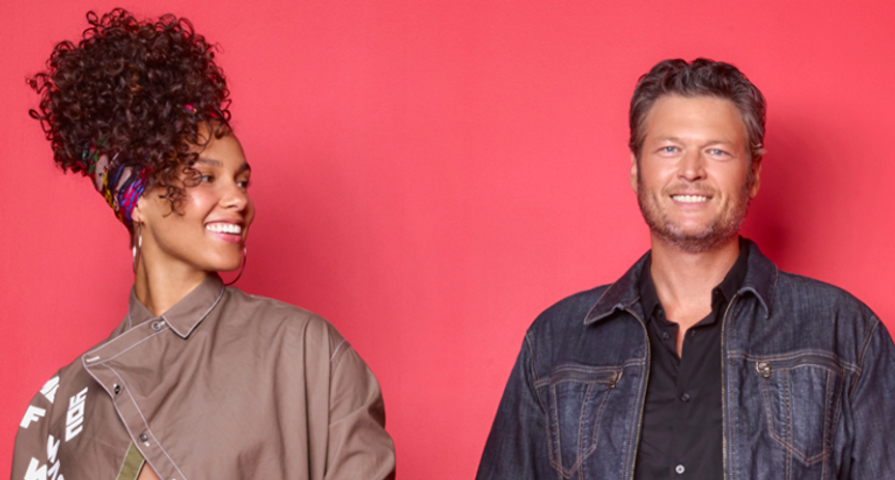 Tonight was the first live playoff between Team Blake and Team Alicia. Both teams sang to capture the hearts of at home watchers in hopes of earning the votes to be one of the lucky Top 12. This was also the night in which past contestants were brought back for a second chance at stardom.

1) Cassi Joy kicked off the night covering Chris Stapleton’s “Parachute”. Although at times it was difficult to understand the words she was singing, she was a fiery presence on stage.

2) Felicia Temple once again graced our screen as she was Blake’s pick for comeback artist. It almost doesn’t seem fair to summarize the amazing performance she delivered of the song “Defying Gravity.” As Alicia stated, Felicia displayed immense dynamic in the song, and in simpler terms she absolutely crushed it.

3) Aaliyah Rose sang “Brass in Pocket” in a performance that proved she is a force to be reckoned with. Aaliyah, only 14 years old, dominated the song with controlled runs and a fierceness unexpected from such a young contender.

4) TSoul performed “Knock on Wood” by Eddie Floyd He is embodiment of a true performer and the passion he puts behind each song definitely put him at the front of the competition.

5) Aliyah Moulden crushed “Mercy” by Duffy. If you closed your eyes you couldn’t tell if it was the young 15 year old or a legend like Gloria Gaynor.

6) Lauren Duski gave one of the most genuine performances of Bryan White’s “Someone Else’s Star” I have ever heard. Although Lauren stated that the song was at the breaking point of their range, you never would have guessed by the controlled and flawless performance she gave.

1) Chris Blue sang “Love on the Brain” in its original key which he made seem like a walk in the park. He was able to make the song completely his own. Both Gwen and Alicia agreed that Chris has a beautiful gift and deserves to be on that stage

2) Anatalia Villaranda sang “Stand By Me” in a radiant performance worthy of Alicia’s nickname for her: Firecracker. As Alicia stated, in a song with a slower tempo, she was able to bring energy and light to it.

3) Jack Cassidy, Alicia’s pick for comeback artist made Elton John proud in his rendition of “Don’t Let the Sun Go Down on Me”.  Tonight was the night jack unleashed his inner star power that knocked his previous performances out of the water.

4) Vanessa Ferguson performed  a jaw dropping rendition of Major Lazer and DJ Snake’s “Lean on Me”. Adam expressed his confidence Vanessa’s ability to dominate the competition and her ability to make people stand up join along.

5) Ashley Levin put a soulful twist on “I can’t stand the Rain”. The song was passionate, fiery, and all around amazing.

6) Stephanie Rice knocked “Every Breath You Take” out of the park in her own piano arrangement that left chills up and down your spine. The song, as Alicia mentioned, marked Stephanie as a true artist.

Stay tuned for next week to find out who will move on from Team Adam and Team Gwen!