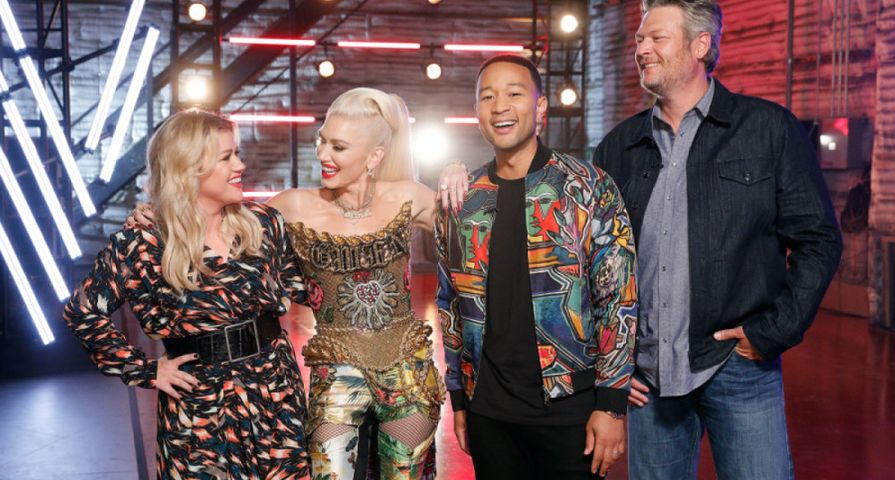 Season 17 of The Voice has been an incredible journey for many new artists; however, only one voice could be crowned the winner. On Tuesday’s finale, each coach on the NBC singing competition had a singer representing them in the finale.

John Legend’s finalist was Katie Kadan, a vibrant Chicago songstress that had a personality and voice to match. Kelly Clarkson had Jake Hoot, a country singer from Tennessee who has consistently topped the most-streamed charts with each performance. As for Blake Shelton, Ricky Duran with his old-school, soulful voice and killer guitar skills, represented Shelton. Lastly, Gwen Stefani’s finalist was Rose Short, a soulful singer who managed to bring Stefani to tears last week with her performance of Aretha Franklin’s “(You Make Me Feel Like) A Natural Woman.”

Katie was the first contestant to perform and took the stage with Adam Lambert, who sang Cher’s “Believe.” Following Katie, Rose sang a breathtaking rendition of “In the Midst of It All” alongside Yolanda Adams. Next was Ricky, who delivered a sultry version of “Our Love” with Gary Clark Jr. Lastly, Jake sang “Over Drinking” with Little Big Town and perfectly blended in with the country vibe.

As for the winner of Season 17’s The Voice… Congratulations to Jake Hoot!

That’s it for this season’s of The Voice, but in the 18th season of the show, Nick Jonas will be joining as a judge in the upcoming 2020 season, alongside Clarkson, Legend, and Shelton.