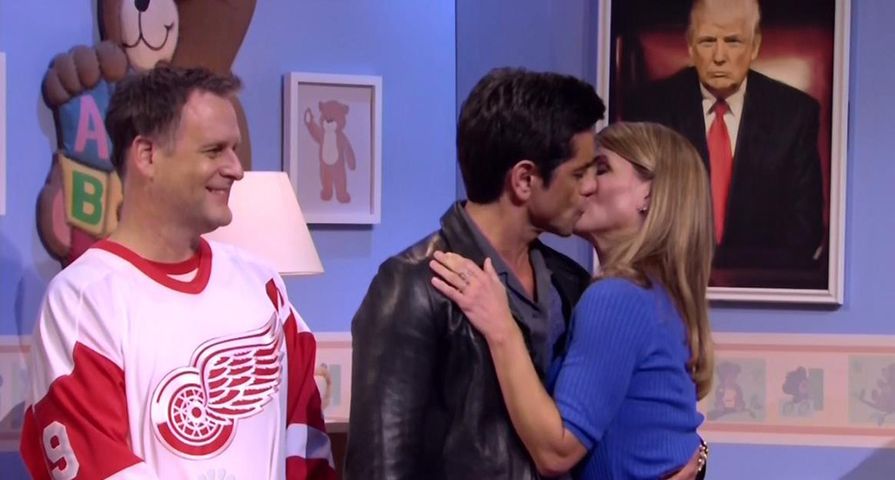 With only a couple of short weeks to go before Full House’s revival series, Fuller House, finally airs on Netflix, the cast is in promotion mode, showing up on The Tonight Show Starring Jimmy Fallon on Tuesday, February 16 for a hilarious spoof.

The costars starred as their lovable Full House and Fuller House characters, but as fans know Michelle Tanner will not be in the new series, so they decided to fill her spot in with none other than Jimmy Fallon dressed as Donald Trump. Their skit started with “Trump” sitting in Michelle Tanner’s childhood bedroom and although the bedroom looked exactly as friends remembered there was the addition of a framed photo of Trump himself.

As the cast entered and greeted Trump, everyone played their roles which included a classic Danny Tanner pep talk and a series of the show’s popular phrases being rattled off. The whole skit was pretty specatular, but things got even better when the whole gang sang the entire Full House theme song “Everywhere you look,” and of course everyone’s favorite couple Uncle Jesse and Becky kissed!