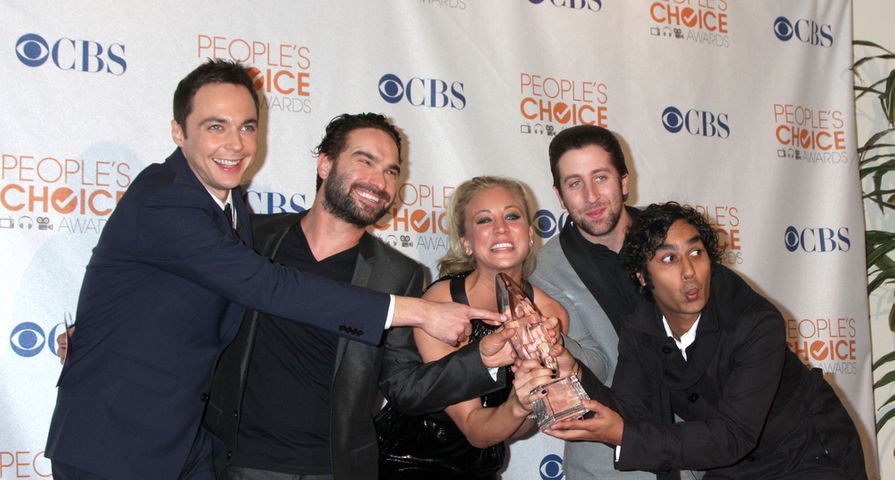 The Big Bang Theory was recorded as the most watched TV show last season, and now the actors are expecting a pay raise. And they’re not asking for a small raise–they’re asking for their salaries to be almost tripled.

It’s amazing the CBS is now home to the shows with the highest paid actors. It wasn’t that long ago that we were reading stories about the cast members of Seinfeld and Friends in similar discussions. Two shows, mind you, that are still far superior to shows like The Big Bang Theory and Two And a Half Men.

Still, the cast of “Big Bang” want Friends money, and they’re poised to get it–or get close in the negotiating process.

It has been reported that actors Jim Parsons, Johnny Galecki and Kaley Cuoco are asking a cool $1,000,000 per episode. And that’s the way the process works. Their teams look at what the show is likely to make based on the 8th season, and then they ask for a “fair” piece of the pie. Generally, the ask is a little higher than what they expect, but it wouldn’t be surprising to see them score something in that neighborhood.

At present, the actors make around $350,000 per episode. Considering the network will counter their offer, let’s guess that they’ll probably come to terms around the $750,000 mark per episode. Yes. Considering what these three do on the show, that’s absolutely absurd, but it’s fair considering the loyalty of the fan base. The fans love those characters.

To get more of the breakdown, and how their salaries compare to other top earners, check out the video below.