The Band Perry Cancels Concert Due To Security Threats 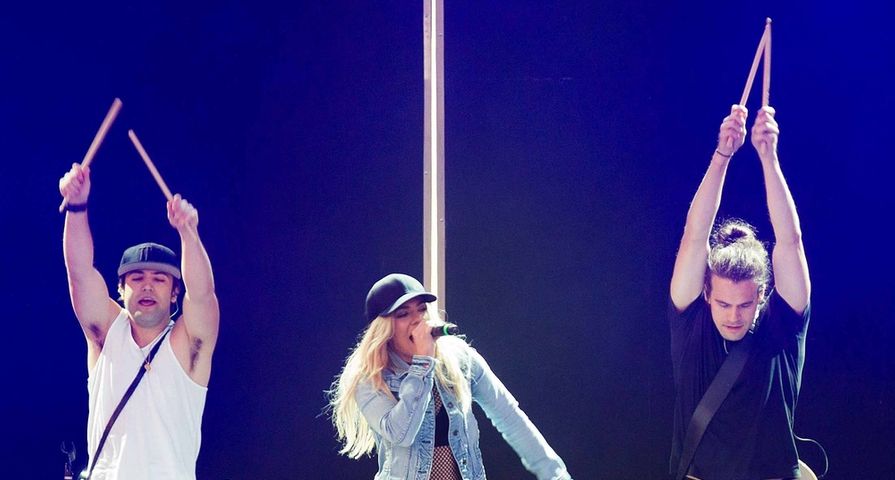 Country group The Band Perry had to cancel their performance on Sunday, July 3 after receiving threats of violence.

The band was scheduled to perform a sold-out show at the Freeman Stage at Bayside in Selbyville, Delaware, but had no choice to postpone the show due to security concerns. According to a statement by Delaware State Police Master Cpl. Gary Fournier, 2 men entered the Americana Bayside Welcome Center around 3 p.m. and made alarming statements to an employee. The Band Perry was scheduled to hit the stage at 7:30 p.m.

Although the details of the men’s threats have not been released, they were specific to the concert. Fournier said that “due to heightened security concerns and for the safety of the public,” the show’s organizers and the band’s management decided to postpone the show. The police have released surveillance footage of the 2 men in the hopes that they will be found.

Patti Grimes, the executive director of the foundation that runs the events, said they felt comfortable with their decision to cancel the show. “You always want to make the right decision, and that might not be the popular decision,” Grimes stated. “Since this is an active ongoing investigation, we are not at liberty to share the details.”

Shortly after the announcement, band members Neil, Kimberly and Reid tweeted an apology to their fans. “To our friends + fans in Delaware — Due to heightened security concerns, and for the safety of our fans, the show has been rescheduled for August 17. While we are sad we don’t get to see you tonight, we love you and consider your wellbeing and security our top priority. We’ll see you soon.”