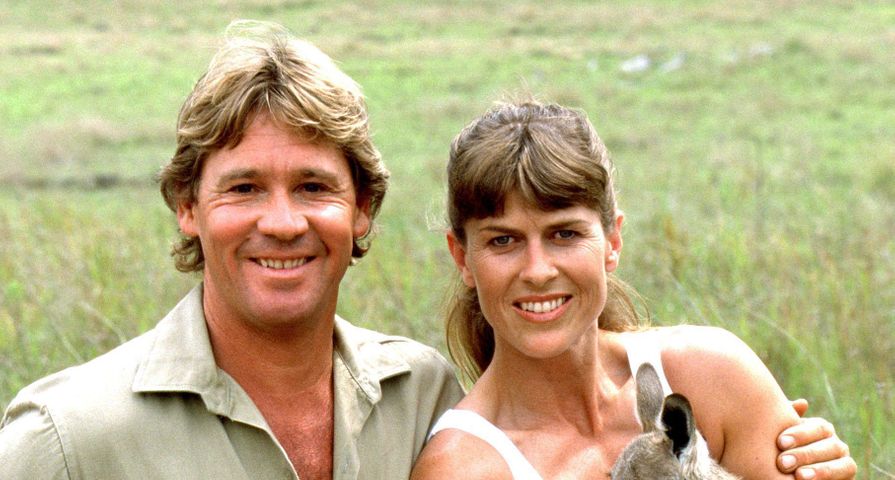 Terri Irwin remembered the day when she and her late husband, Steve Irwin, decided to spend the rest of their lives together.

On Sunday, February 2, Terri shared an emotional tribute and photo, celebrating the anniversary of their engagement.

“It was 28 years ago today, here at @AustraliaZoo, that Steve asked me to marry him,“ she wrote on Twitter, alongside a photo of her and the late Crocodile Hunter star. “Life is constantly changing. Love is forever.“

Terri and Steve first met each other in 1991, when she stopped by a small reptile park in Australia where he had been working as a zookeeper at the time. Terri revealed to PEOPLE last year that the sparks between them were immediate.

“Right away we were talking about wildlife, and our passions in life and I kept thinking, ‘I wonder if this guy’s married,’” she said. “He said to me, ‘Would you like to meet my girlfriend, Sue?’  I tried to be cool about it, but I was devastated. Then he goes, ‘Hey Sue, Suey, come here.’ And his little dog came running around the corner. ‘This is my girlfriend, Sue,’ he said. I thought, ‘Yes!’”

While they had an instant connection, Terri had to return home to Oregon and remembered Steve telling her they would stay in touch.

“He said, ‘We’ll have to keep in touch,’ but then a week went by and he hadn’t called, and two and three,” she recollected. “I thought maybe I misunderstood what I thought the connection was.”

After a month of waiting, he finally called her and said, “I’m coming to Oregon to see you.”

Terri and Steve went on to tie the knot in June 1992, the couple had two children together, daughter Bindi and son Robert.

In 2006, while working on the documentary series Ocean’s Deadliest, Steve was stung by a stingray off the coast of Australia. He passed away on September 4, 2006, at the age of 44.

Every year on November 15, the Irwin family celebrates his legacy on Steve Irwin Day, the annual international event which honors the life and legacy of the beloved wildlife expert.

“Dad was my hero and the greatest Wildlife Warrior,” Bindi shared with PEOPLE last year. “It’s a blessing to continue his work with my amazing family. We hope to make him proud every day. We are celebrating with lots of khaki and animals! Khaki’s not just a color, it’s an attitude!”

Robert, Bindi’s brother, also said Steve Irwin Day is “one of the most special days of the year for our family.“

“Dad was the ultimate Wildlife Warrior and so ahead of his time — discussing climate change, habitat destruction and so many other environmental issues before they were as widely discussed as they are now,” he said at the time. “He changed the world and so many lives across the globe. For my family and me, we miss him every day, but are proud to keep his mission alive. It’s wonderful to see so many people showing their support for his legacy.”

The Irwin family continues to run the Australian Zoo together, and recently has taken in animals affected by the Australian bushfires that have been going on since September 2019.

It was 28 years ago today, here at @AustraliaZoo, that Steve asked me to marry him. Life is constantly changing. Love is forever. pic.twitter.com/KKBRjEQwvq