Teresa Giudice Opens Up About Life In Prison 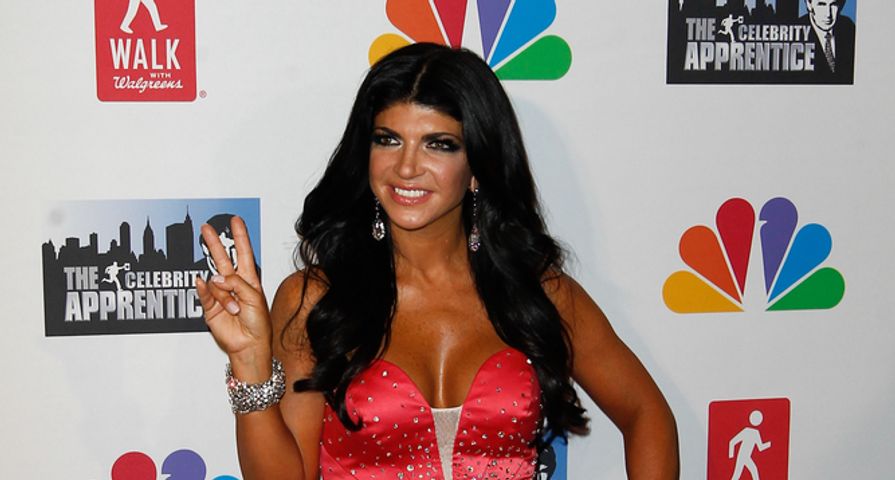 The reality star and her family can be found on the cover of US Weekly, Teresa sporting her drab, prison jumper, but looking relatively happy.

She did the crime, and she’s doing the time. It’s admirable when people take it on the chin after ignoring the letter of the law, but it’s crazy that this family enjoys fame for basically doing everything the wrong way, and breaking a host of laws in order to achieve their version of “success” and protect their asset-rich lifestyle.

Still, the Giudice’s are a pseudo-celeb family from the reality world, and someone who people can latch on to in order to ask: “What’s life really like behind bars?”

For Teresa, she works in the prison kitchen, and she works out three times a day. Aside from that, there’s showering, going to the bathroom and killing a ton of time. And for those of you thinking about breaking a law classified as a felony, that’s what you can think about… the time. That’s the one thing you can never get back.

As far as the Giudice family is concerned, everyone is hanging in there. Teresa and Joe’s youngest daughter, Audriana, believes her mom is just on a long work assignment. And to a certain extent, that’s true–a long, unpaid internship.

According to the family, Teresa’s prison stay has changed her immensely. Perhaps possessions will mean a little less, and time will mean a little more following her release. Still, the family will have to endure Joe’s prison sentence after Teresa completes her time served. Joe admits that he is taking all of this harder than the girls. When leaving his wife following their six hours of allotted time, he admits to crying like a baby.

For more on this fascinating story, check out the video below.