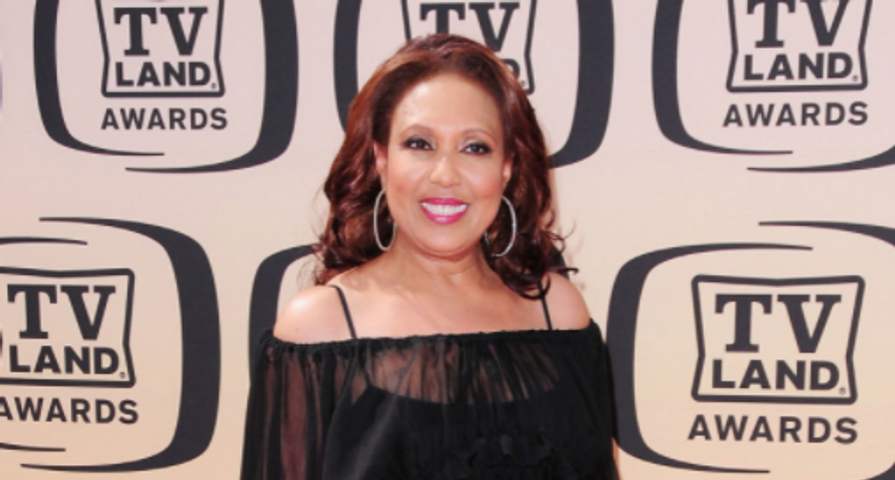 The variety show turned sitcom star Telma Hopkins will mark her daytime television debut today when she portrays Denise Tolliver, a private investigator, on The Young and the Restless (Y&R).

Hopkins recently chatted with Soap Opera Digest about how her long-standing admiration for the CBS soap turned into a new chapter of her varied career.

“Young and the Restless became one of my favorites just because the stories were so intriguing,” Hopkins said. “I just got hooked!”

Although Hopkins didn’t say exactly when she got onboard the Y&R train, we know it was no later than 1989, the year smilin’ Jack entered the canvas.

“I remember when Peter Bergman [Jack Abbot] came on. I’ve just watched it for a long time and really enjoyed it,” Hopkins gushed. “Of course, it became more personal because of people on it that I knew.”

For the actress, who’s best known for playing Rachel Crawford on Family Matters, it’s serendipitous that her new role is another family affair. As a viewer, she was already friends with Marguerite Ray (who played Mamie Johnson), Victoria Rowell (who played Drucilla Winters), and Kristoff St. John (who played Neil Winters).

Still, the connections between Hopkins’s life and Y&R took on a downright eerie familiarity after it cast a young Bryton James, who Hopkins had worked with on Family Matters since he was 3 years old.

“And when Bryton [James] came on as a kid, that just really sucked me in even more,” she added. “I’ve been his pretend mommy for most of his life!”

However, the opportunity to join her soap of choice and reunite with James didn’t elicit the knee-jerk reaction Hopkins might’ve thought.

“I was extremely nervous because they work at a different pace than I’m used to,” she said. “So I did call Bryton before I said yes, to talk to him about it and ask, you know, if he thought I could handle it without having a nervous breakdown!”

James must’ve said the right thing because Hopkins hasn’t looked back since.

“After that, I was really excited. It’s a different genre for me, for sure, but I’ve watched the show enough where I felt like I was walking into a family, with people that I know,” she added.

“I know their real names as well as their cast names!” she exclaimed. “I’ve followed them, and I think some of them were surprised by how much I knew about them as people, as opposed to just from watching them on TV for the last 30 years.”

And although James wasn’t in her first scene, her “pretend son” was waiting to greet Hopkins when she arrived on set.

“He was the one I got to hug,” she smiled. “I didn’t even think about it, you know? I just grabbed him!”

“Certainly him being there when I first walked in, because he wasn’t in that first scene that I was in, was very comforting, to know that he was there to support and to encourage,” she continued. “He’s such a calm person and it was just good for me. It kind of settled me in.”

James’s calm demeanor didn’t quite rub off on Hopkins, who referred to her first scene as “nerve-wracking”.

“But a good kind of nerves, you know? If I hadn’t been nervous, I’d have been worried because this is a new genre for me,” she explained. “I’m not being funny; I’m not doing what I usually do, so it was very important for me to feel grounded.”

She also had the support of her screen partner Mishael Morgan (Amanda Sinclair), who herself had recently returned to the set following a brief absence.

It’s unclear how long her character, a private investigator with a connection to Amanda’s (Mishael Morgan) criminal case, will be on canvas, but Hopkins has bigger things to worry about — like getting too many lines!

“I told them [show producers], ‘Don’t get carried away [adding more dialogue for her character], because I will come up missing.’ I don’t know how they do all that dialogue!” she laughed. “I have great, great admiration for those actors because they do some serious work.”

Don’t miss Hopkins’ debut on The Young and the Restless today!