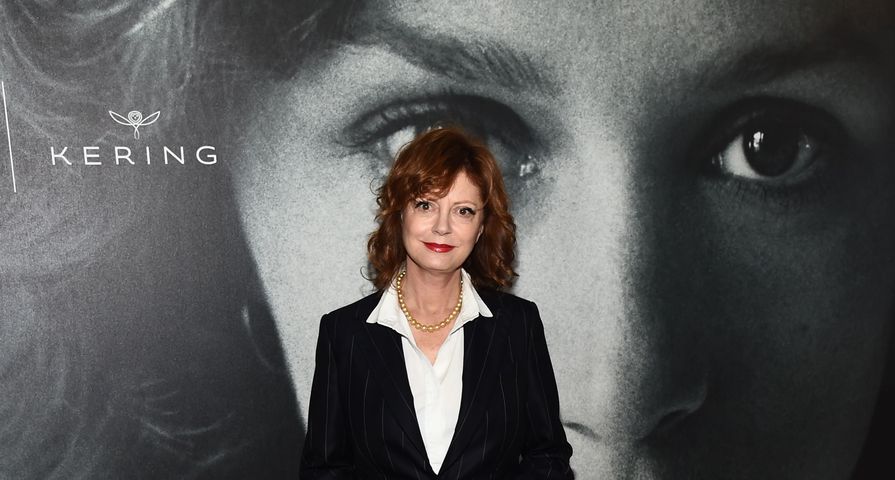 Actress Susan Sarandon was not holding back when speaking about director Woody Allen at the Cannes Film Festival on Sunday, May 15.

During an interview for Variety and Kering’s Women in Motion talk, the 69-year-old stated, “I think he sexually assaulted a child and I don’t think that’s right.” “I have nothing good to say about him. I don’t want to go there,” she added.

Unfortunately, Allen’s infamous past has been a hot topic yet again at this year’s film festival after French comedian Laurent Lafitte made a joke before the premiere of Allen’s new film Cafe Society. The joke seemed to refer to the allegations that Allen had sexually abused his stepdaughter Dylan Farrow, with Lafitte saying, “You’ve shot so many of your films here in Europe, and yet in the U.S. you haven’t even been convicted of rape.”

Only days before the jab at Allen, his own son Ronan Farrow spoke out in The Hollywood Reporter questioning why the media hadn’t properly investigated the allegations that Allen had abused Dylan when she was only 7 years old. Allen’s lawyer has always denied the claims against the famous director, but in 2014 Dylan wrote about her memories of sexual abuse in a New York Times story. “We are witnessing a sea change in how we talk about sexual assault and abuse,” Ronan wrote in his column on May 11. “But there is more work to do to build a culture where women like my sister are no longer treated as if they are invisible. It’s time to ask some hard questions.”