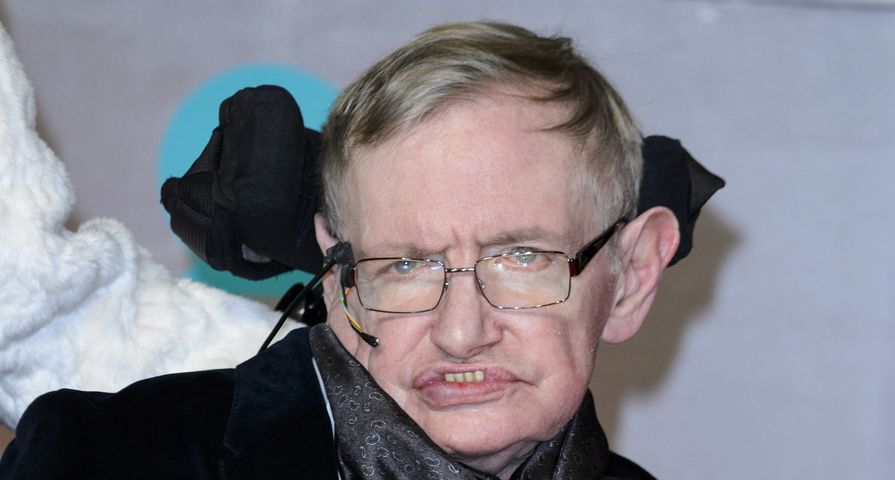 It seems young girls everywhere are beginning to accept the fact that One Direction is indeed carrying on without Zayn Malik, but that doesn’t mean the issue still isn’t on the minds of many, even when talking to acclaimed physicist and renowned genius Stephen Hawking.

Hawking, 73, was speaking at the Sydney Opera House via 3D hologram from the U.K.’s Cambridge University, telling the crowd about his work trying to discover our universe’s mysteries and discussing his battle with ALS.

Apparently however someone thought one of our world’s greatest minds could be put to better use answering another question when an audience member asked, “What do you think is the cosmological effect of Zayn leaving One Direction and consequently breaking the hearts of millions of teenage girls across the world?”

Instead of being offended, Hawking who is known to have a great sense of humor actually gave a very sincere answer after accepting the question. “Finally, a question about something important,” he quipped before actually giving teenage girls hope in their heartbreak.

“My advice to any heartbroken young girl is to pay close attention to the study of theoretical physics. Because one day there may well be proof of multiple universes. It would not be beyond the realms of possibility that somewhere outside of our own universe lies another different universe. And in that universe, Zayn is still in One Direction.”

Not only did he assure the possibility of a universe with a complete One Direction, he added even bigger hopes, “This girl may like to know that in another possible universe, she and Zayn are happily married.”