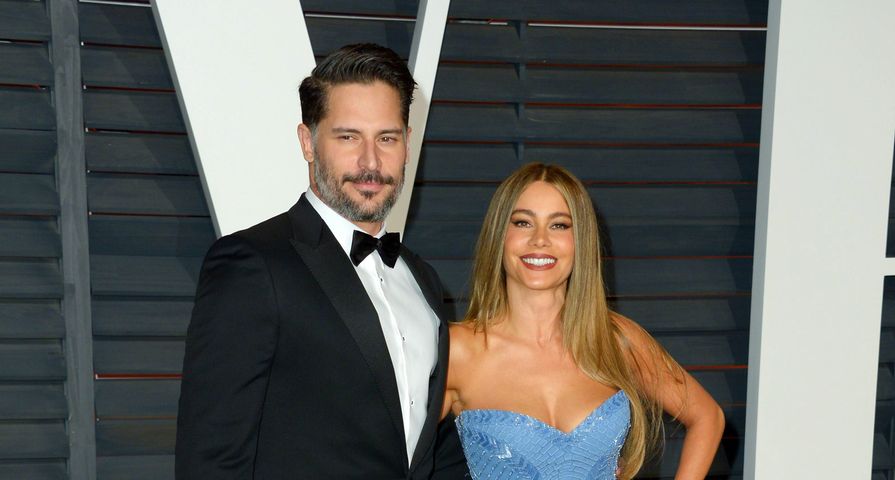 Sofia Vergara is currently in the middle of a dispute with her ex Nick Loeb after he filed papers to have children via the embryos he and Vergara had frozen when they were together.

Vergara on the other hand has made it very clear that she wants nothing to do with it and has happily moved on with fiancé Joe Manganiello, 38, and took some time away from the controversy to celebrate their love with an engagement party. Friends and family of the famous pair gathered at Soho House in West Hollywood on Saturday May 9 to congratulate the two who became engaged in December after dating for only five months.

The Hot Pursuit actress, 42, shared a few pictures of her own from the event posing with friends and of course her handsome fiancé as they enjoyed dinner.

As to be expected with a celebrity engagement, there were a few famous faces present to congratulate the couple and the two even enjoyed a toast from none other than Arnold Schwarzenegger himself who starred alongside Manganiello in 2014’s Sabotage.

Vergara’s son Manolo Gonzalez Vergara, 22, shared a picture of Arnold making his toast as everyone paid close attention along with a lighthearted caption poking fun at his mother and Manganiello. “Congratulations to these two ugly people. It’s so sad, but luckily they have me to aspire to, physically. #Congratulation #YouDoneIt #HappiestCoupleEver #EngagementParty #PapaJoeVolume2 #TerminatorGaveASpeech #HostedByBarryPeele.”

Although the pair aren’t revealing too many details about their big day, Vergara finally confirmed to Ryan Seacrest that they had settled on a wedding date which is going to be quite a big event for all their friends and family to attend.