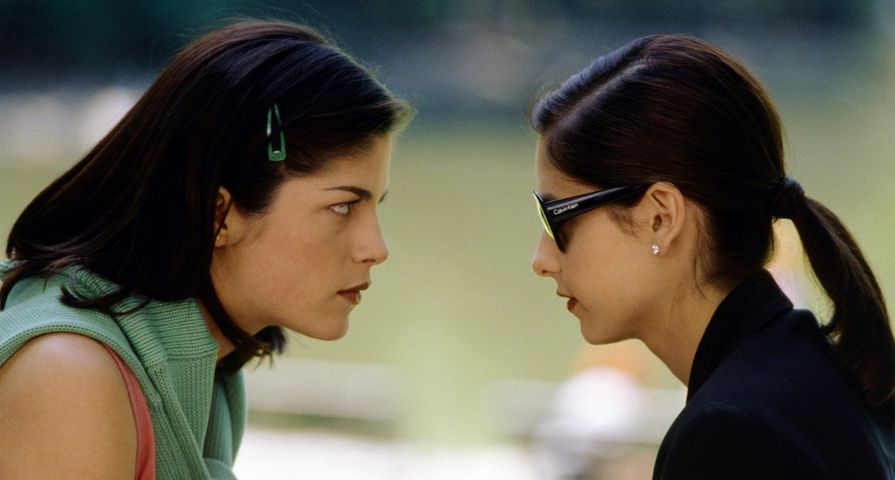 Sarah Michelle Gellar is all about reuniting with her former co-stars lately, and we love it.

This past weekend Gellar and Alyson Hannigan had us missing Buffy the Vampire Slayer more than ever when they posted an adorable selfie to Instagram, making us reminisce about the friendship of Buffy and Willow.

Then on Thursday May, 28 there was a mini Cruel Intentions reunion as the three female stars of the 1999 film got together to attend The Unauthorized Musical Parody Of Cruel Intentions at Rockwell: Table & Stage in L.A.

Reese Witherspoon, Selma Blair and Sarah Michelle Gellar posted several gorgeous pictures of “girls night out” 16 years after they all starred in the film together. Along with their fun selfies, onlookers told E! News that they were obviously having a great time and definitely remembering their time on the dark, fan favorite film.

“There were certain moments throughout the show where their eyes said it all,” one attendee stated. “They looked at one another, shook their heads, laughed a but. Reese and Selma gave each other a few high-fives.”

While the film has become somewhat of a cult classic, one of the most famous scenes is when Sarah Michelle Gellar’s character teaches Blair’s how to kiss, giving a very personal demonstration and the pair even recreated the kiss at the event.

One photographer caught the moment while a bemused looking Witherspoon stood beside them, captioning the pic with “‘I Kissed A Girl, Again, And I Liked It!'”