Home » Entertainment » Celebrities » Cast Of Cruel Intentions: How Much Are They Worth Now?

Cast Of Cruel Intentions: How Much Are They Worth Now? 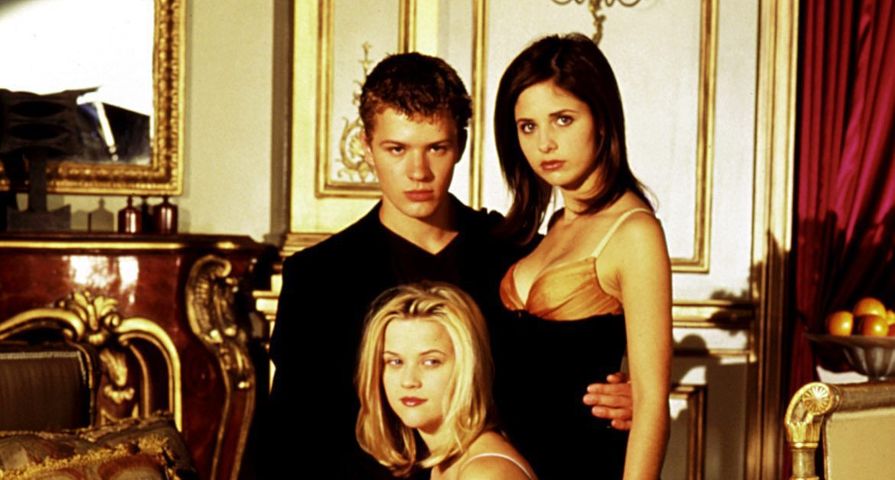 The 1999 film Cruel Intentions has become something of a cult classic even though it received mixed reviews. When it first went into production, it was an independent film, but was then picked up by Columbia Pictures, giving it more notoriety and a cast stocked full of young up and coming Hollywood stars. The extremely sexual plot and dark undertones drive the film, which follows two step-siblings from a wealthy family who make a strange bet involving the daughter of their prep school’s new headmaster. Sixteen years after its release, it was announced the film was getting a reboot as a TV series on NBC and the movie’s original writer-director Roger Kumble is at the helm of the project. The movie featured some of the biggest names in Hollywood when they were just getting their start, including Reese Witherspoon, Ryan Phillippe, Sarah Michelle Gellar and Selma Blair. Check out how much the cast is worth now!

Estimated Net Worth: $2 Million. Many forget that infamous actress Tara Reid was in Cruel Intentions, but she was. Reid had a small part at the beginning as Marci Greenbaum, the daughter of Sebastian’s therapist who calls her mother crying about being wronged by him just at the end of his session with his therapist. Before the film, Reid had been in a handful of projects including Days of Our Lives, The Big Lebowski and Urban Legend. Afterwards, Reid’s star took off as she landed the role of Vicky in the American Pie films. In recent years, Reid has been more fodder for the tabloids than a respected actress, but she has sort of redeemed herself with her role in the Sharknado franchise. She has earned herself an estimated net worth of $2 million.

Estimated Net Worth: $1 Million. Actress Louise Fletcher took on the role of Helen Rosemond (Sebastian’s aunt) in Cruel Intentions and unlike much of the rest of the cast, Fletcher had a lot of experience behind her before participating in the movie. With 134 acting credits to her name, Fletcher is best known for her work in the ’70s, particularly as Nurse Ratched in 1975’s One Flew Over the Cuckoo’s Nest. The role earned Fletcher both an Oscar and a Golden Globe award for Best Actress in a Leading Role and Best Motion Picture Actress in a Drama. With so much talent and experience it is surprising she only has a net worth of $1 million.

Estimated Net Worth: $3 Million. Eric Mabius played the sexually confused superstar athlete Greg McConnell who was in a secret relationship with Joshua Jackson’s character Blaine Tuttle. Before landing the role in Cruel Intentions, Mabius had roles in films such as Welcome to the Dollhouse and the Minus Men. He went on to star as Alex Corvis/The Crow in 2000’s The Crow: Salvation. He also appeared in Resident Evil, The O.C. and The L Word before landing the role of Daniel Meade in Ugly Betty. Mabius’s consistent work in both TV and movies have garnered him a respectable estimated net worth of $3 million.

Estimated Net Worth: $14 Million. Talented actress Christine Baranski has been in so many big name shows and films it is hard to remember everything she has been in, but she too was in Cruel Intentions as Bunny Caldwell the mother of Selma Blair’s character Cecile. Starting her career in 1983, she had been in quite a few things before Cruel Intentions, but afterwards she really hit it big in films like Bowfinger and How the Grinch Stole Christmas, as well as in shows such as Happy Family, Ugly Betty, The Big Bang Theory and The Good Wife. All together Baranski is worth an estimated $14 million.

Estimated Net Worth: $1 Million. Sean Patrick Thomas enjoyed major success in the late ’90s and early 2000s, including his role in Cruel Intentions as Ronald Clifford, the forbidden love interest of Cecile. He had minor roles before being in the film, but afterwards he starred in Dracula 2001, Save the Last Dance, The Fountain and Barbershop. He has continued to act, appearing in mostly TV shows including Reaper, Lie to Me and Ringer, and is now worth $1 million.

Estimated Net Worth: $8 Million. Joshua Jackson will probably always be remembered as Pacey Witter from the hit TV drama series Dawson’s creek, but a year after the show’s first season, he also took on the role of Blaine Tuttle in Cruel Intentions. As a child actor, Jackson had already starred in The Mighty Ducks and its two sequels, as well as other films including 1998’s Urban Legend. He has consistently worked since, with his most recognizable work being once again on TV with roles in Fringe and The Affair. All together he is doing quite well, having earned himself $8 million.

Estimated Net Worth: $14 Million. Selma Blair is a well known actress with many big titles on her resume; however, it all got kickstarted following her part in Cruel Intentions as Cecile Caldwell. She went on to appear in Down to You opposite Freddie Prinze Jr. and Julia Stiles, as well as Legally Blonde, The Sweetest Thing, Hellboy and Anger Management. Blair has now also been cast to portray none other than Kris Jenner in the new series American Crime Story, which follows the trial of O.J. Simpson whose lawyer was Jenner’s ex, the late Robert Kardashian. Her roles in big name films and series has paid off for Blair, who is worth an estimated $14 million.

Estimated Net Worth: $15 Million. Sarah Michelle has been a Hollywood darling since the early ’90s when she landed the role of Sydney in Swan’s Crossing and Kendall Hart in All My Children. She went on to star in I Know What You Did Last Summer, Scream 2 and Simply Irresistible, before landing the role of Kathryn Marshall in Cruel Intentions. Of course, her major success came in 1996 as the star of the hit TV series Buffy the Vampire Slayer and, as she has continued working, her bank account just keeps getting bigger. With so many impressive acting credits, it isn’t surprising Gellar is worth an estimated $15 million.

Estimated Net Worth: $30 Million. Ryan Phillippe had found success on One Life to Live and in White Squall and I Know What You Did Last Summer, but his role in Cruel Intentions as Sebastian Valmont solidified his celebrity and status as Hollywood heartthrob. He continued to appear in blockbusters such as Crash, Chaos, Flags of Our Fathers and The Bang Bang Club. Although his career had slowed down, he is now enjoying a resurgence as the star of the new series Secrets and Lies. His projects have treated him well as Phillippe is worth an incredible $30 million.

Estimated Net Worth: $80 Million. Back in 1999 when Reese Witherspoon appeared in Cruel Intentions as the love interest/bet interest of Sebastian as Annette Hargrove, there was no telling she was going to become not only the wife of costar Ryan Phillippe, but also one of the biggest actresses in Hollywood. Everyone knows Witherspoon has had great success in her career thanks to roles in American Psycho, Legally Blonde, Sweet Home Alabama, Walk the Line, Four Christmases, and the list goes on and on. With such a big career and many works to come, Witherspoon has already gained herself a net worth of a whopping $80 million.