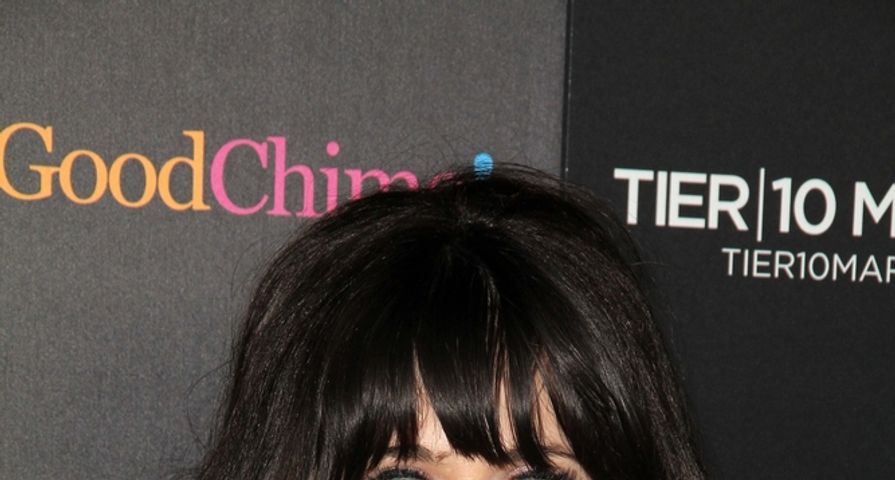 How do you look when you wake up on a Saturday morning? Zooey Deschanel looks pretty, but surprisingly normal.

The 34 year-old actress posted a just-woke-up photo to her Instagram account over the weekend, pointing out that she was wearing no makeup and did not use a filter to enhance the photo.

In it, Zooey is wearing a long-sleeve t-shirt and has some major bedhead. She looks adorable as always, but her eyes are a bit red and puffy. In other words, she’s a normal person! Check out the video to see the photo.

“Celebrities without makeup” has been a popular feature for various sites and magazines recently, but the photos are often expertly staged, featuring soft lighting, professionally-done hair and designer clothes — none of which really help to make us feel that celebrities are just like us. Instead of thinking, “Oh, she and I are similar,” we think, “Ugh, if Scarlett looks like that without makeup, then there’s no hope for me at all.”

But the popularity of Twitter and Instagram has let celebrities share makeup-free photos with fans directly — and they’re often authentic, real, no-makeup photos that haven’t been edited. Zooey’s photo is just that: a true representation of what she looks like when she wakes up in the morning. Kudos to Zooey for sharing!

Check Out Zooey’s Makeup-Free Pic in the video below!

Also Check Out: 10 Celebrities Who Look Better With Less Makeup!