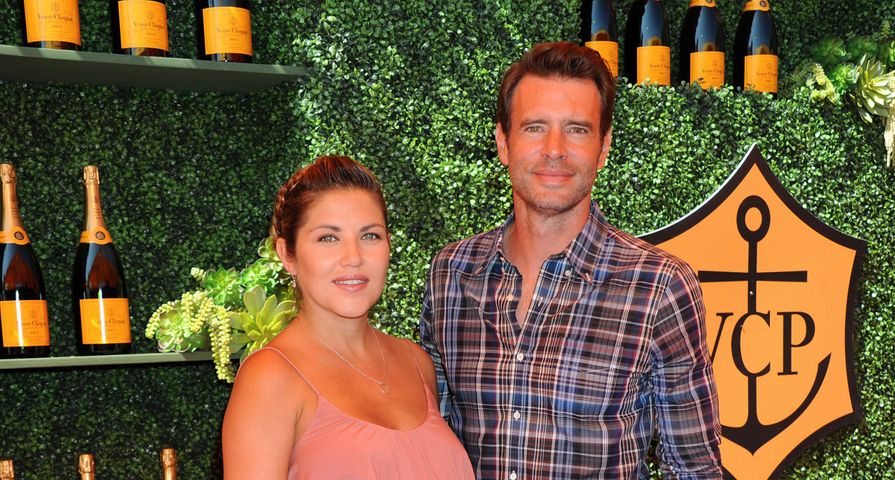 Scandal star Scott Foley, 42, is a proud father once again!

Foley and his wife, actress Marika Dominczyk, 34, welcomed their third child, a son, Konrad, on Thursday November 13 his rep has confirmed.

“He joins big sister Malina [5], brother Keller [2] and their dog Frankie. The Foley family is overjoyed,” the statement read.

Back in July, Foley confirmed that he and his wife were expecting again on Twitter when he shared a fun picture of his pregnant wife holding a gigantic frying pan with the caption, “My pregnant wife thought I might want this for my birthday. I’m not the one with the bizarre cravings.”

Marika tweeted updates throughout her pregnancy including date nights watching her husband as Jake Ballard on Scandal, funny things both random people say to pregnant ladies and things her own children ask.

“My daughter keeps asking me HOW the baby is getting out of my tummy…#parenting #noideawhattosay.”

On Wednesday (Nov 19) afternoon Foley tweeted out his thanks to everyone after his new arrival, “Thank you for all the well wishes! @TheMeanChick and I are truly fortunate. And tired.”

Prior to his marriage with Marika, Foley was married to actress Jennifer Garner from 2000-2003, whom he met on the set of Felicity.

Foley and Dominczyk became engaged in 2006 and the two wed in June 2007 in Hawaii with a private ceremony.

Also Check Out: 5 Celebrities You Didn’t Know Were Teen Dads