Scott Disick Finally Speaks Out About Relationship With Kourtney 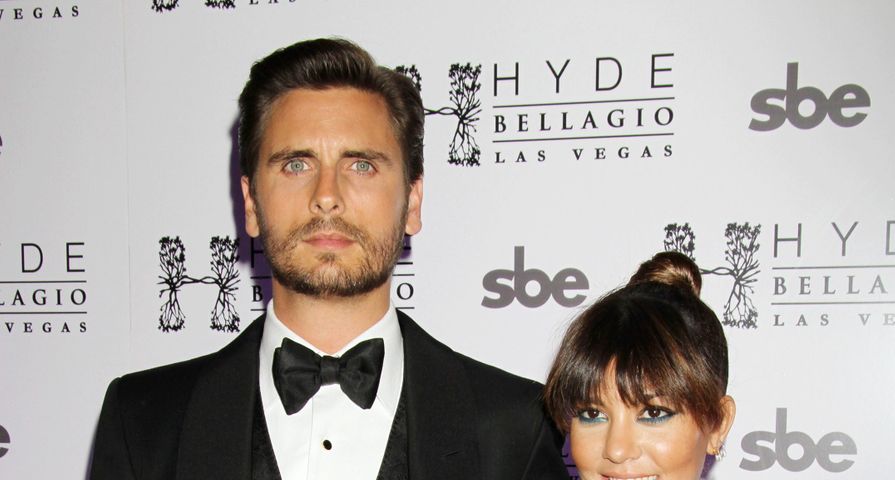 Rumors have been swirling recently about the relationship status of Kourtney Kardashian, 36, and Scott Disick, 32. It’s clear the two have reconciled a friendship since their split in the summer, but fans are still curious as to where it will lead. The two have have been feeding into rumors with public appearances and a recent Snapchat video that joked they were getting back together, but Scott has since clarified all reports and said the two are definitely not together, at least for now.

The reality star did an interview on Kyle & Jackie O’s radio show and confessed there’s a chance the two could get back together, but they are happy with how things are at the moment. He said, “I don’t think anything is ever simple. I’m not the first person in the world to get separated from their significant other. There are things we both have to work on…We’re at a good place, [but] I don’t think either of us want anymore than where we’re at.” He then went on to to say, “I don’t really rule anything out. If things are meant to be, maybe they will be.”

Scott and Kourtney have a tumultuous past that includes Disick’s battle with depression and a substance addiction. The couple split last summer after 9 years together when Disick was spotted cozying up to his ex-girlfriend Chloe Bartoli. Their split caused him to take a downward spiral, but he’s since come out of it and recently finished a stint in rehab. He is now working at co parenting their three children, Mason,6, Penelope, 3, and Reign, who is only 15-months.