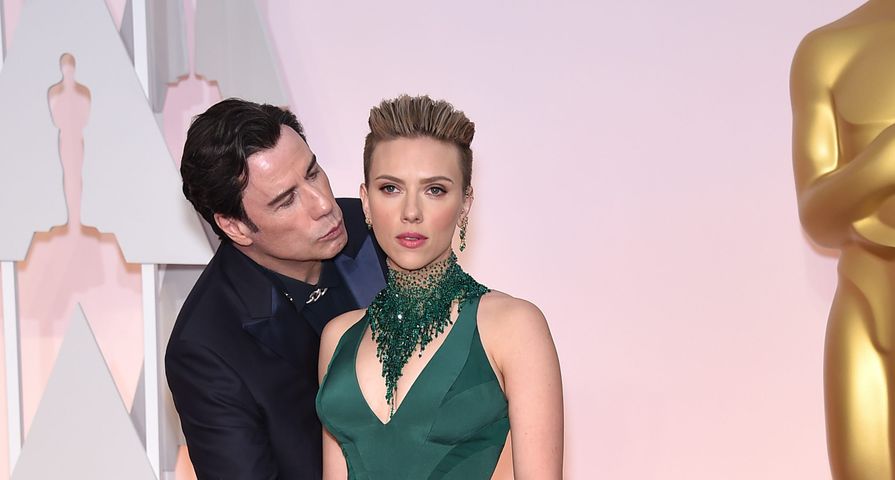 The great thing about awards season is that there is just so much more going on than big name celebrities being honored for their recent work.

As everyone knows by now, one of the most viral red carpet moments at this year’s Oscars was between oddball star John Travolta, 61, and the red hot Scarlett Johansson, 30. Travolta leaned in for a kiss on Johansson’s cheek while placing his hand awkwardly on her stomach as she posed unsmiling for a picture as it happened.

While everyone was quick to call the moment creepy and awkward, it turns out that’s not how Johansson felt about it at all.

“There is nothing strange, creepy or inappropriate about John Travolta,” she insisted to the Associated Press afterwards.

“The image that is circulating is an unfortunate still-frame from a live-action encounter that was very sweet and totally welcome,” she added. “That still photo does not reflect what proceeded and followed if you see the moment live.”

The two stars had previously worked together in 2004’s A Love Song for Bobby Long and Johansson stated that Travolta is a “class act” and is always happy to see him, regardless of the perceived expression on her face. “I haven’t seen John in some years and it is always a pleasure to be greeted by him.”