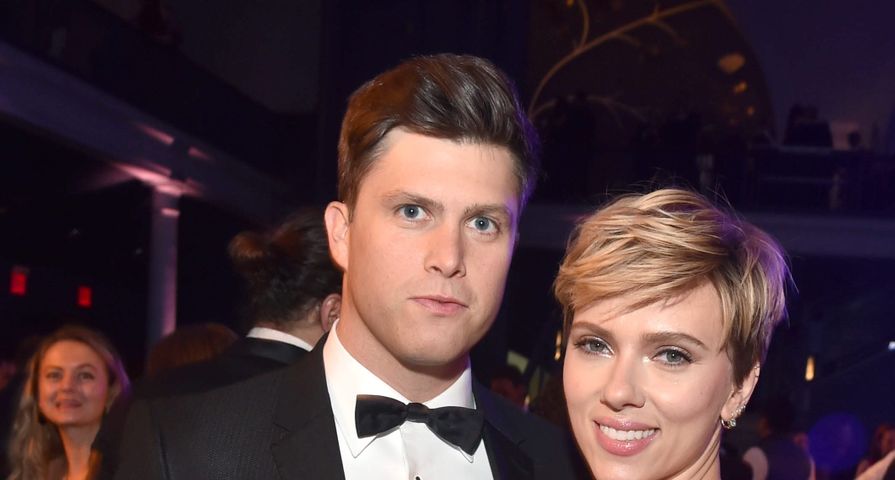 After months of speculation about their relationship, Scarlett Johansson and Saturday Night Live star Colin Jost have stepped out for the first time as a couple!

The pair attended the American Museum of Natural History Gala in New York City on Thursday, November 30 where they posed for pictures. While they had no problem debuting their romance, the Avengers actress and Jost walked the red carpet separately.

Although speculation about a romance between the two first began back in May when they were reportedly spotted kissing at NBC’s season finale party for Saturday Night Live, they kept a low-profile and were spotted out numerous times but never commented on their status as a couple.

Jost finally spoke out about dating the A-list actress at the 2017 Emmy Awards in September where he said, “She’s pretty cool … it’s hard to have a lot of complaints, she’s pretty awesome. I’m very happy. I feel very lucky.”

It was in September that Johansson and her estranged husband Romain Dauriac finalized their divorce and settled their custody battle for their daughter, Rose Dorothy. A source close to the actress told People that her divorce did not scare Johansson away from wanting to find love again.  “Scarlett likes to be in love and has not changed a bit in that area, Colin is good for her because she likes smart men, especially writer types. She is a very bright girl and always searching for that perfect match.”