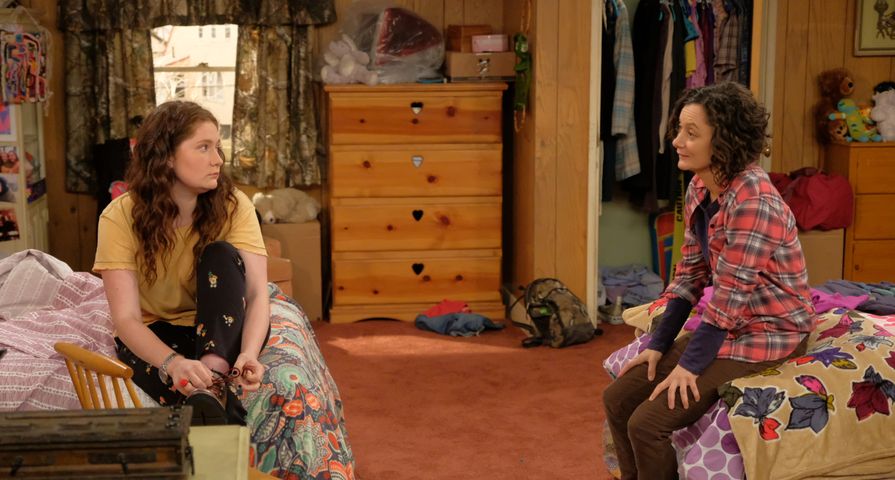 Sara Gilbert is sharing her support for her on-screen daughter, Emma Kenney after the 18-year-old Roseanne actress revealed she is seeking treatment for her personal “battles.”

“I just first want to say, Emma, I’m so proud of you. I know that the whole cast and crew are so proud of you and it takes a lot of courage to… We all have demons and it takes a lot of courage to face them, particularly at 18. I envy you,” Gilbert said on the Thursday, April 12, episode of The Talk. “If I could go back to being 18 and start doing things to better myself at the pace you’re doing, I would be a better person today. So I commend you, I love you and I know you will come out the other side. And thank you for speaking up and being an example for other people.”

While Kenney, who plays Gilbert’s daughter Harris Conner on the Roseanne revival series, didn’t go into detail about what she was seeking treatment for specifically, she did reveal that she was going down a “slippery slope.”

“I was being naive and very immature and I was doing things I should not be doing because it was illegal and I’m not 21,” Kenney said, adding, “It was a slippery slope that I did not want to go down. And I knew that I needed to stop. I want to be the healthiest, best Emma that I can be, and by going to treatment that’s what’s going to happen, and I’m going to continue on that positive road.”

The young actress also announced she would be taking a social media hiatus. “Hello & goodbye (for a bit),” she wrote on Monday, April 9. “I’ve decided to take a break from social media and LA for a minute. This sounds so cliche but this town/industry can really get to you. Going to re-find my peace happiness xo emma.”

Previous to her role on Roseanne, Kenney was best known for her role as Debbie Gallagher on the series Shameless which she began starring in at the age of 12.