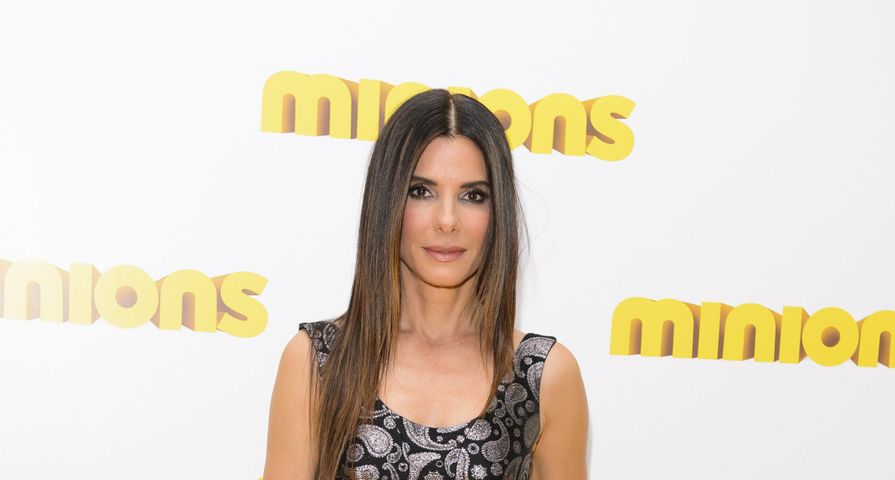 Actress Sandra Bullock has been gracing our movie screens with her beauty and talent for years but through recent years the A-lister has been absent from several large events, making her appearance on the red (in this case yellow) carpet for the premiere of Minions all the better.

Bullock stepped out on Thursday, June 11 in London, England for the world premiere of the spin-off film from the highly successful Despicable Me films as she lends her voice to Minions as supervillain Scarlett Overkill.

There was no overkill for her red carpet look however as the 50-year old looked absolutely amazing in a Stella McCarthy silver brocade dress with a peekaboo split revealing a black second skirt.

Bullock has been absent from red carpet events since the 2014 Oscars, even after she was named People magazine’s World Most Beautiful Woman of 2015, however she quickly reminded us of why she deserves the honor with her premiere style, making her beauty look completely effortless.

In a recent interview with Entertainment Tonight however Bullock revealed that her glamorous life is lost on the most important person in her life, her 5-year old son Louis who she says doesn’t realize she is an actress.