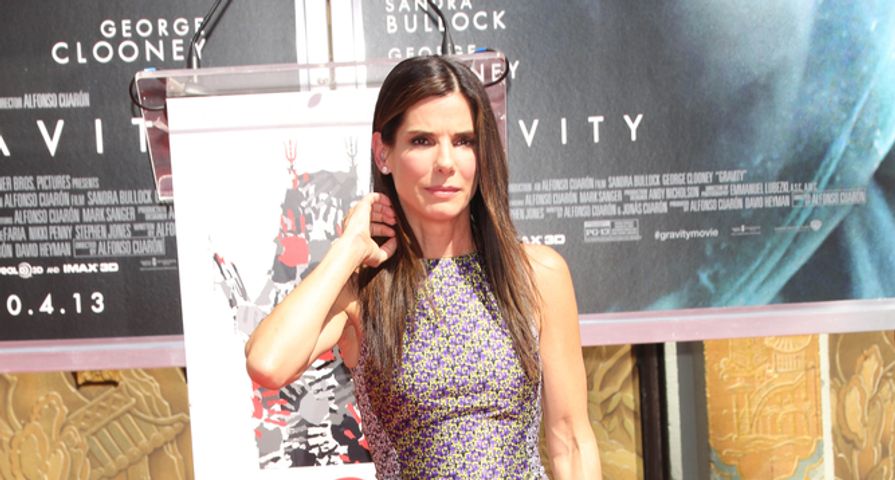 Sandra Bullock is presently in New Orleans shooting a new film, Our Brand Is Crisis. On Sunday, in the heat of the day, a real-life crisis developed, and Sandra’s care-taking instincts took over.

An extra–they’re most often called background talent these days–was dressed in exceptionally warm clothing for an exterior scene. Regardless of what the movie magic will sell in terms of story, it was not coat weather. It’s been heating up in New Orleans during late October, and a female actress working on set became ill due to the heat.

According to the reports, the individual passed out, suffering from heat stroke. Whether it was really heatstroke over heat exhaustion, who’s to say. Regardless, both can be serious conditions, especially when there is no first-aid available.

On this occasion, Sandra Bullock became Nurse Sandy, and immediately began to offer first-aid. It was likely a moment that offered great comfort to the woman, who was being tended to by someone she probably greatly admired.

There really aren’t enough kind things said about Sandra Bullock. This woman has displayed more grace under pressure than imaginable. Considering everything she’s been through, we could all take a lesson from her as to how to deal with life’s crap when it comes. She’s as rooted as they come, and it was no surprise to hear this story break out of New Orleans, when it started to buzz on Monday morning.

Ultimately, the woman who was suffering from the heat-related illness is fine, and the production was back in action on Tuesday. (They were scheduled to be off on Monday.)