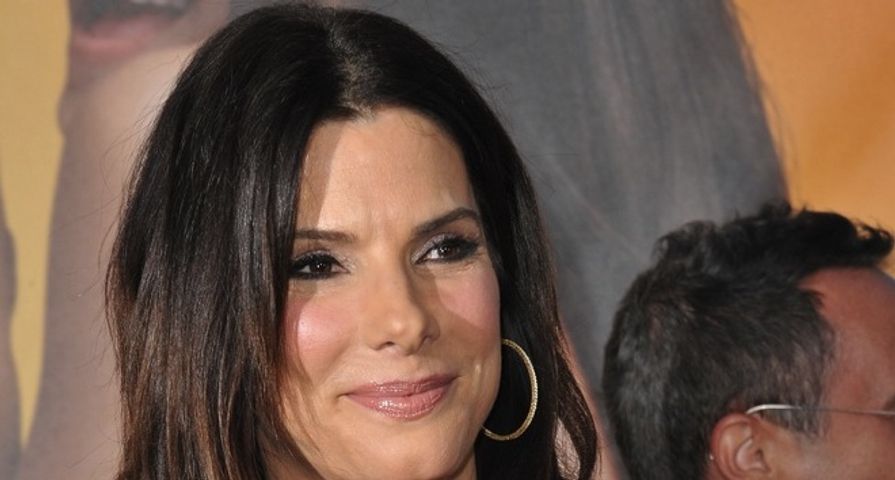 Last night on the CW, Sandra Bullock accepted the Critic’s Choice Award for Best Actress in an Action Movie — and her speech was rather hilarious and unexpected.

“I would first like to thank Jackie Chan, Sylvester, Stallone, Jean Claude Van Damme for teaching me everything I know, it’s not easy what we do, people,  it’s not easy,” she began, poking fun at the idea that Gravity was considered an “action” movie.

Soon after, Sandra’s speech was interrupted by some sound effects that were played at the wrong time, and she responded with an f-bomb and a declaration about her status as an action hero. Check out the video to see her funny on-screen flub!

In a unique awards speech move, she also thanked George Clooney for “floating away and not coming back.”

Yesterday, it was announced that Sandra was nominated for an Academy Award for Best Actress for her performance in Gravity. She’ll go up against Cate Blanchett (Blue Jasmine), Judi Dench (Philomena), Amy Adams (American Hustle) and Meryl Streep (August: Osage County).  Cate Blanchett’s win at the Golden Globes makes her something of a frontrunner, but perhaps Sandra can swoop in and add to her Oscar collection (she’s already got a statue for The Blind Side).

Check out the hilarious video of Sandra’s speech below: