Ryan Reynolds Opens Up About Baby No. 3’s Name With Hilarious Hints 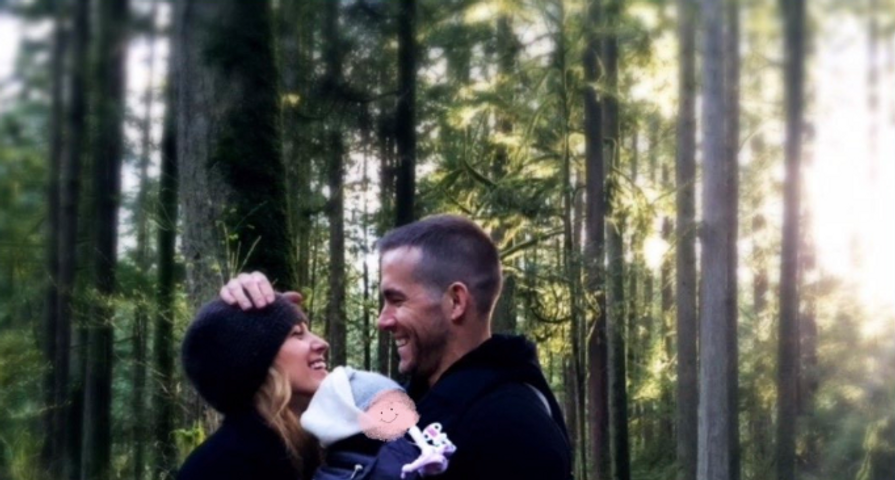 Ryan Reynolds is staying coy about his new baby’s name, and he’s enjoying people’s continued guesses about it.

The 43-year-old actor sat down on the Today show on Thursday with Hoda Kotb and Craig Melvin to talk about his new Netflix action-thriller 6 Underground and to tease that he and his wife actress Blake Lively “haven’t yet” given a name to their third child, who was born this year.

“We’re gonna be original, and all the letters in her name are silent,” Reynolds quipped. “I want to give her something to push against in life.”

The actor is now a father to three girls – 5-year-old James, 3-year-old Inez, and a newborn – joked that he is “doing my part to wipe men off the face of the earth” when he was asked about being the only male in the home. He also admitted that “leaving the house is getting harder and harder.”

“Going away … gets a lot harder when they ask, ‘Where are you going?’, ‘When are you coming home?’, ‘Why are you leaving me?’ ” the actor shared.

The actor and actress welcomed their third child this year, and did not publicly announce the baby’s arrival, sex or name, according to multiple sources.

In October, Reynolds confirmed his baby’s arrival with a photo of himself and Lively snuggling with their newborn in British Columbia, Canada. The actor blurred out their baby’s face and drew a smiley face over her real face.

“I want my daughters to experience the same natural playground I grew up in,” Reynolds tweeted, while revealing the sex of his newborn. “On Oct. 21, the candidate you vote for will SHAPE CLIMATE POLICY. I’m proud of the climate progress made the last 4 years.”

In 2016, the actor revealed that he loves being a father to girls to Entertainment Weekly Radio. “If I could have nine daughters, I would be thrilled. Really, like I genuinely would be,” he said.

Reynolds also added at the time that he didn’t necessarily want boys because the star grew up with three brothers, which caused a lot of chaos in the house growing up: “That’s part of the reason I don’t want boys, because I don’t want a wiffle house. I just want the house to be normal.”

“Having a daughter was a dream come true for me,” Reynolds told PEOPLE in February 2016 after the couple welcomed their first daughter, James. “I would have made a terrible king.”