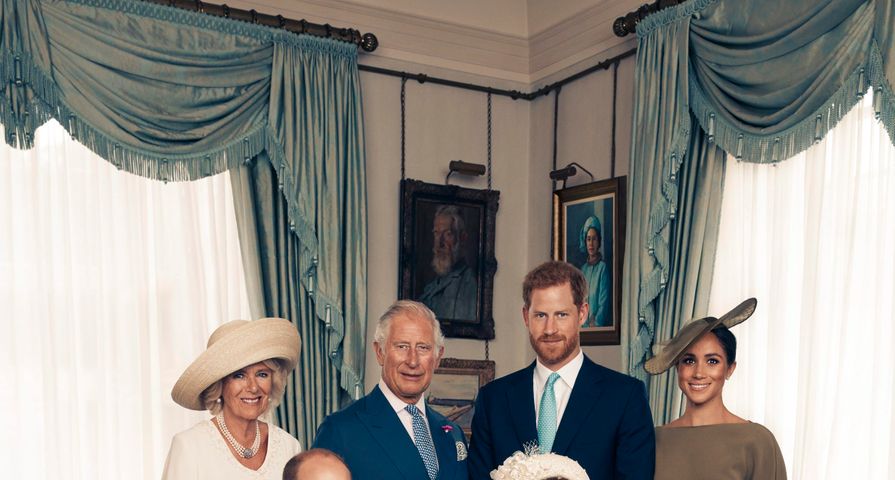 Following Prince Louis’ christening on July 9, 2018, the royal family has now shared the official portraits from the big day and they are stunning.

The family shared four official portraits as well as an additional candid fifth photo and all are incredible.

“The Duke and Duchess of Cambridge have released four official photographs to mark the christening of Prince Louis on Monday 9th July. The photographs were taken by Matt Holyoak at Clarence House, following Prince Louis’s baptism in the Chapel Royal, St. James’s Palace,” Kensington Palace captioned the Instagram post featuring the photos.

The first of the photos features Prince William, Duchess Kate and their three children, along with Prince Harry, Duchess Meghan, Prince Charles, Duchess Camilla, as well as Kate’s family: her parents Carole and Michael Middleton, her sister Pippa and her husband James Matthews, and her brother James Middleton.

The second portrait just features the royal family of William, Kate, Prince George, Princess Charlotte, Prince Louis, Charles and Camilla, and Harry and Meghan. The third photo is one of just he family of five and the last is of just Duchess Kate and Prince Louis.

“I was truly honored at being asked to take the official photographs at the christening of Prince Louis, and to witness at first hand such a happy event,” the photographer, Matt Holyoak said in a statement. “Everyone was so relaxed and in such good spirits, it was an absolute pleasure. I only hope I have captured some of that joy in my photographs.” 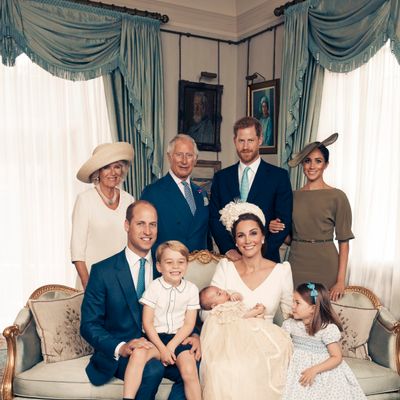