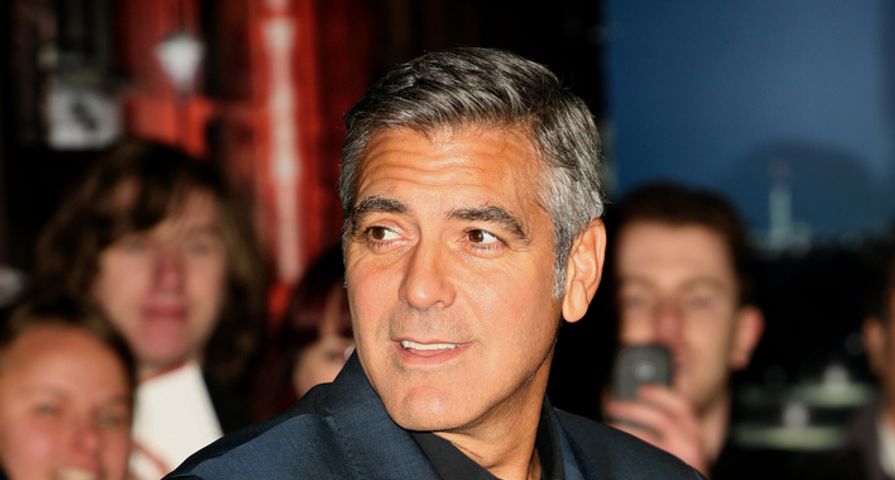 There are those things celebrities do, especially actors and musicians, that will never allow them to run for public office. Regardless of his activism, we can rest assured George Clooney will never toss his hat into the political ring.

Roseanne Barr recently stopped by The Talk, to chat with the ladies, entertain the crowd and reminisce about a favorite memory of George Clooney from his days on the popular sitcom, Roseanne.

There are still those who are unaware of George’s early career exploits. The handsome A-lister enjoyed extended time on Roseanne, as well as The Facts of Life. He was as engaging in his roles on these shows, as he is in the fine film features in which he presently stars. And just as he loves practical jokes now… he also loved them then.

Roseanne let the cat out of the bag–er, the tallywhacker out of the zipper–while rapping with the ladies at the table. When George completed his stint on Roseanne, he left behind a rare, one-of-a-kind, parting gift for the cast and crew. You can probably guess what it was. But that’s neither scandalous or humorous–it’s just not Clooney enough. So, George offered his parting gift with a whole new personality.

Roseanne told the ladies around the table that George was kind enough to dress up for a parting photo, and dressed up everything–if you’re picking up what is being laid down.

What was it? What did he do? What happened to the picture that was left behind? Check out the video below, and enjoy the moment of truth with the audience at The Talk.