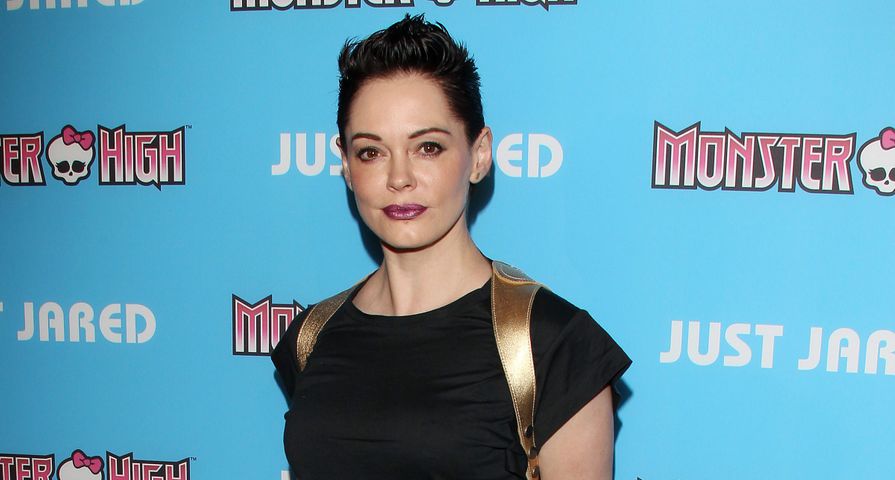 Looks like actress Rose McGowan is going to need a new agent who can handle her voicing her opinions and speaking out against sexism in Hollywood. She claims that she was dropped by hers for the controversy she stirred up last week.

The 41 year old former Charmed actress publicly called out Adam Sandler for being sexist after she received a wardrobe description for a movie audition that was, apparently, for one of his films.

A screengrab that she posted via her Twitter account read, “Wardrobe Note: Black (or dark) form fitting tank that shows off cleavage (push up bras encouraged). And form fitting leggings or jeans. Nothing white.” Along with the picture of the note she wrote, “casting note that came w/script I got today. For real. name of male star rhymes with Madam Panhandler hahahaha I die.”

While many are applauding McGowan for slamming the sexist audition note, her agent reportedly didn’t feel the same way. McGowan took to her Twitter again on Wednesday June, 24 to write, “I just got fired by my wussy acting agent because I spoke up about the bullshit in Hollywood. Hahaha. #douchebags #awesome #BRINGIT.”

It is not at all surprising that McGowan isn’t bothered by her agent firing her. After responding to several followers, she wrote, “The awesome thing about being an artist? You can’t be fired from your own mind. #FREEDOM.”