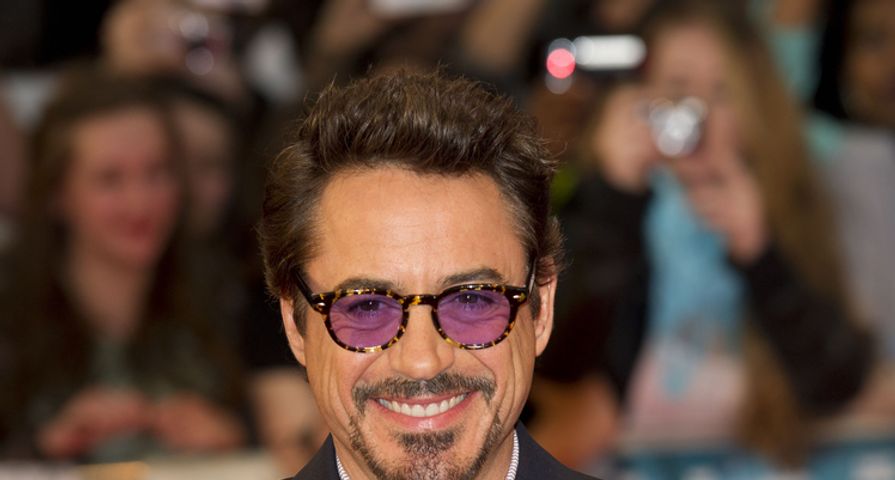 What’s the best way to help people forget about an “interview gone wrong?” Do something else that is completely awesome.

Robert Downey Jr. surprised a large group of fans at a screening of Avengers 2: Age of Ultron on Thursday night in New York City. The group was comprised of a lot of students, including aspiring filmmakers, actors, writers and those who would love to work with Robert Downey Jr. And what’s the next best thing to working with him? Meeting him, of course.

The crowd warmer did an excellent job of introducing Robert, suggesting to the crowd that chanting his moniker, “RDJ,” three times would make him magically materialize. The crowd caught on quickly that Robert must be in the building, so they began chanting RDJ. Lo and behold, the man, the myth, the guy they all knew and loved as Tony Stark did appear. Robert was in fine form, possibly a little exhausted from the press circuits he’s been doing. Undoubtedly, he was ready to cleanse the publicity palate from the recent interview with Krishnan Guru-Murthy.

Robert strolled out with a microphone, and offered a very sweet, sincere message to the audience members in attendance. He suggested perseverance, and striving for greatness and righting wrongs to be a recipe for success in life, and the best possible path to enjoy a career in the cinematic arts.

Nope. I won’t spoil it all. You should check out the video below, and vicariously live the experience of the audience for yourself. Just a few more days, folks, then we can do battle with Ultron.