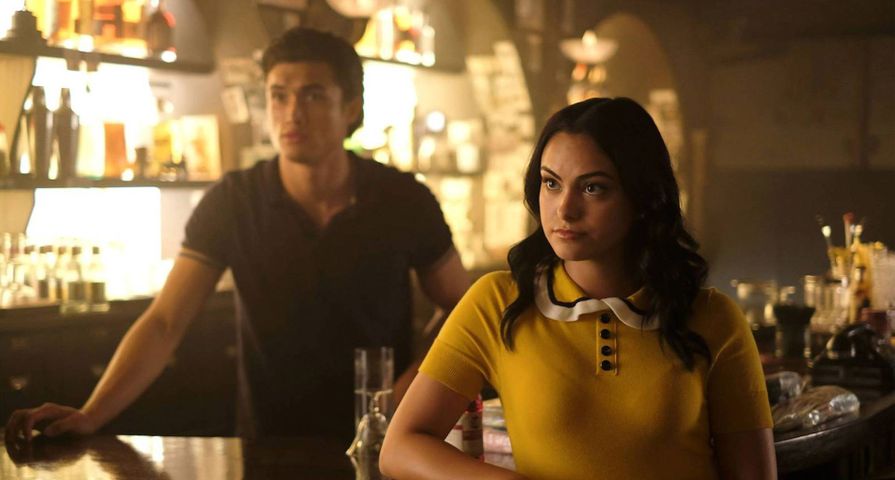 With Riverdale‘s Lili Reinhart and Cole Sprouse trying to keep their real-life relationship out of the spotlight, attention has turned to the show’s newest off-screen romance between Camila Mendes and Charles Melton.

The two stars who play Veronica Lodge and Reggie Mantle have been casually dating for just over a month, and naturally their followers on social media have something to say. Last week, a fan page dedicated to Mendes posted side-by-side photos of the actress with her current boyfriend Melton and her ex-boyfriend Victor Houston who she split from in August, and wrote, “Sorry but I have to post it. Cami looked happier with Victor [Houston].”

The 24-year-old actress wasn’t happy with the post and did not hesitate from slamming the post and defending Melton.  “I still feel silly responding to this but I also feel the impulse to tell you that you’re wrong. I’m happier than I’ve ever been in my life,” she replied in the comments on Friday. “It’s absurd to tell me that you call yourself a fan, yet your entire page is dedicated to disrespecting my relationship and my boyfriend, both of which you clearly know nothing about.”

“Charles and I were on our way to shoot a self tape, which he helped me with all day. Literally stopped everything he was doing to help me tape the perfect audition,” she noted. “I was running the lines in my head without even knowing there was a pap taking photos of us.”

Meanwhile, in the other snapshot, “Victor and I were at Comic Con, walking toward a huge line of fans, knowing there were cameras pointed at us,” Mendes wrote. “See the difference? I hope you’re young, because that seems to be the only justification for this kind of immaturity.”