‘Riverdale’ Reveals ‘Carrie’ Themed Musical Episode Is On The Way 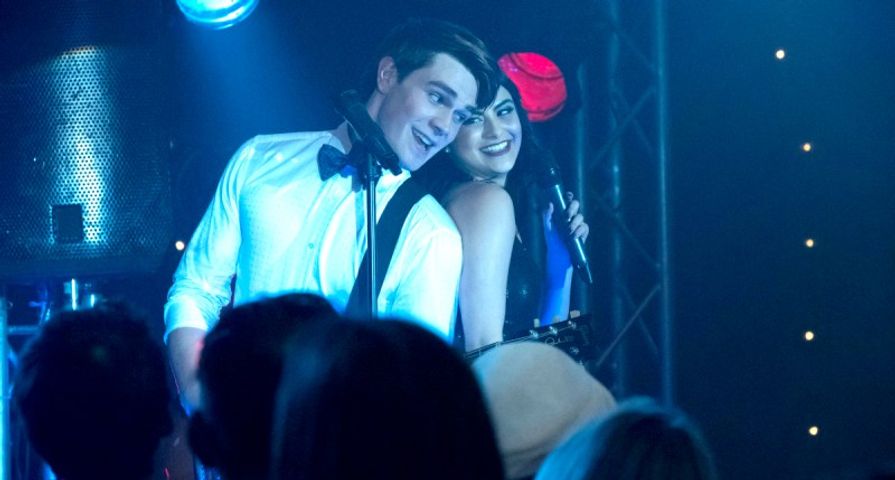 With a large focus on Archie’s music career in season one and the incredible amount of talented performers who attend Riverdale High, it isn’t too surprising that the series is offering up a musical episode — but with a twist.

On Wednesday, April 18 the musical episode will air as the Riverdale High drama department puts on a production of Carrie: The Musical, because of course Riverdale would pick the iconic horror as its spring production, and will include 11 songs all performed by the talented cast.

The CW’s Riverdale account shared an Instagram photo of the posted cast list for the musical which would appear in the school. “Future Tony winner” Kevin Keller is directing while Archie Andrews will be Tommy Ross. Cheryl Blossom will take on the lead role of Carrie White. Betty will be Sue Snell while Veronica will be Chris Hargensen and Jughead will be The Beak.

The most exciting part about the cast list with notes from their bio is it seems that everyone’s favorite Riverdale High couple Bughead will be back together by the time the episode airs, with bio notes from Betty reading, “Betty wants to send ‘much love to her boyfriend, Jughead Jones. #bugheadforever.'”

Other cast members include Reggie Mantle, Josie, Toni, Ethel, Midge, Moose and even Betty’s mom Alice Cooper gets a part as Carrie’s mother, Mrs. White! Additionally, Jughead won’t only be performing but he will also be creating a behind-the-scenes documentary of the making of Carrie: The Musical at Riverdale, which will be titled A Night to Remember.

: @writerras ・・・ Dream episode of #Riverdale coming up! “CARRIE: The Musical” is happening!!!