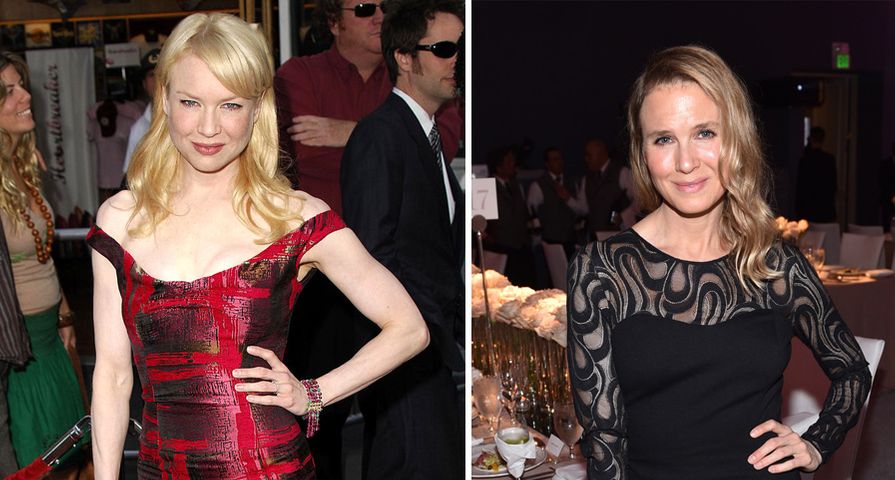 Although, if you haven’t seen her recently, you would have never known she was there.

While she looked impeccably stylish as usual at the event hosted at the Four Seasons in California, her boyfriend wasn’t the only thing that was new; her face looked dramatically different.

The Bridget Jones’s Diary star was close to being unrecognizable with a line free forehead, different eyebrows and almost totally different face shape.

Renee who hasn’t been in the public eye recently and whose last film was credited in 2010, shocked everyone by looking like a completely different person.

After an Oscars appearance in 2013, rumors that she’d had Botox spread, but the actress quickly dismissed the rumors and has never admitted to getting work done.

After the rumors – along with years of comments about her fluctuating weight – the actress stated, “When you read reports that you are starving yourself or that you are anoerxic it’s very unfair and disappointing. It’s not very pleasant to read reports which say you’ve gone too far or this or that.”

However, this transformation is so drastic there is no doubt some plastic surgery work has definitely occurred. But has she gone too far with this change?