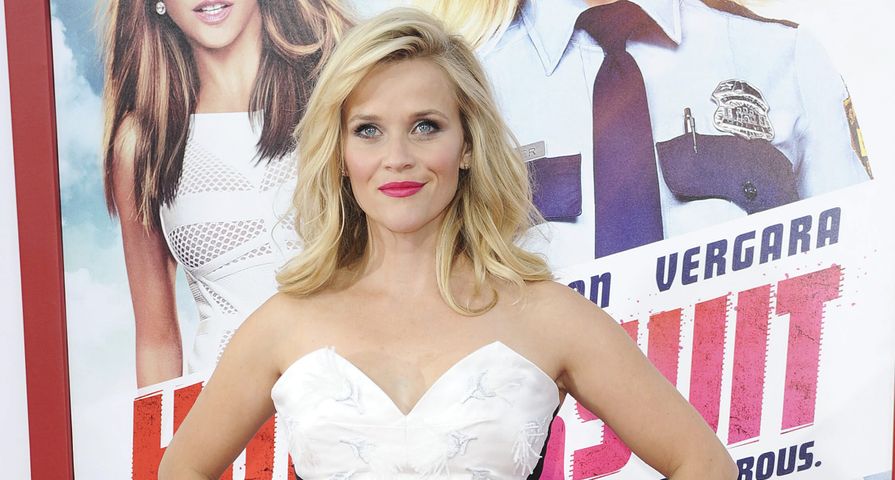 Reese Witherspoon appeared on The Late Show with David Letterman this week, and her segment included a bit of a “blonde” moment!

Reese and Dave, who will retire from his post this year, were reminiscing about the first time Reese appeared on the show, back in 1999.

They also looked at a photo of Reese’s beautiful lookalike daughter Ava, who was born the same year as Reese’s first appearance.

Dave stayed silent for a moment, letting the audience believe that perhaps Reese’s pregnancy and her Late Show appearance were connected and that he was the father. She smiled, oblivious, until Dave finally said, “That’s an interesting coincidence.”

The audience laughed until it finally dawned on Reese what Dave was insinuating. “No, no, no!” she exclaimed. Check out the video to see the hilariously awkward moment.

“I got it now. …I was having a blonde moment,” the Legally Blonde actress explained. “I have a lot of them lately.”

“That was the farthest thing from your mind!” Dave responded.

Reese came to The Late Show to promote her new film Hot Pursuit, a broad action comedy co-starring Sofia Vergara that will hit theaters on Friday, May 8.